A prison and city styled map.
Duke starts out locked up in a cell and must make his way through a series of tunnels, hallways, and ventilation shafts in order to escape the facility.
Game play in this section is a bit tedious because it consists of a lot of long uneventful hallways and extended duct crawling exercises that are just way too long. The yellow key is stashed in one random cell among many along one of these drawn out corridors which slows progress down even more and it makes for quite a bit of dull back tracking. Add in some nasty traps like invisible pits and collapsing ceilings to ramp the annoyance factor up a notch.
Additionally one of the cell doors is broke and pulls the wall with it which causes the player to get stuck and makes it necessary to have to clip out of it to get back to the hallway.
While the sector shading is pretty good and the scenery changes up enough between offices, cells, and other rooms, the wall shading is weak at best, there's very minimal detailing or trimwork, and the squarish architecture makes most locations look pretty flat.
All the weapons and supplies are lumped into two rooms; if the player doesn't find these before exploring off in other directions they'll have no way to fight or heal. All the equipment being stuffed in one general location also means more tedious running back and forth to stock up before continuing.

The city portion is quite a bit better as far as layout and the supply chain goes. The sewer section and the secondary city section are a couple large loops that eliminate most of the walking over the same ground repetitively.
The supplies are scattering along the path instead of being dumped in one spot, and what backtracking there is has some aliens to keep the player company.
If it wasn't for the same minimalistic construction and detailing techniques found in both major parts of the level it almost feels like it was made by two different mappers. If you can tolerate the prison section, the urban section is much more enjoyable. 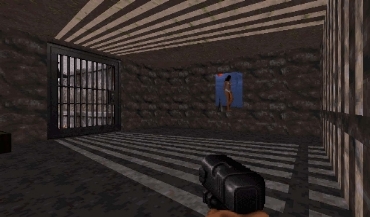 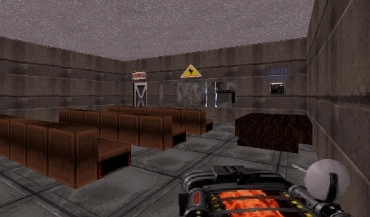 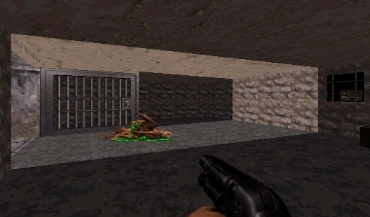 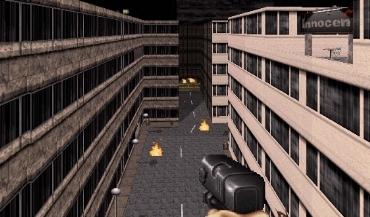 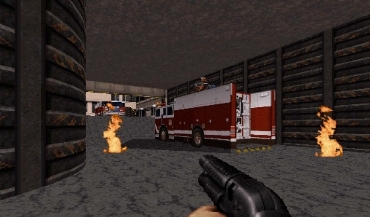 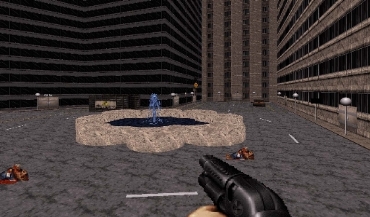