A prison styled map.The level contains the usual locations typically found in this type of theme; cells, a cafeteria, and guard towers, but it also has industrial arrangements found in the lower floors.
Aesthetically the map isn't all that great, shading is hit and miss and the majority of the map consists of large empty unadorned rooms and corridors, but there are a few interesting constructs and some of the navigation is along the vertical axis to offset the general flatness.
The most annoying aspect is the few extra-long elevator rides which slow down the flow.

Game play is composed of pretty much getting from point A to point B while collecting a couple key cards along the way.
There's really only one point of possible confusion involving a jump puzzle. The player has to realize that there is a jump puzzle after a couple large doors open instead of walking back into an earlier section of the map then getting confused on where to go. Other than that it's a linear map with well-balanced alien encounters. 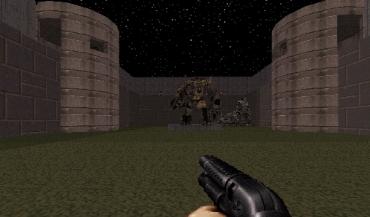 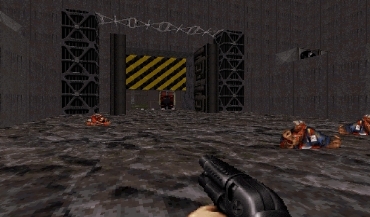 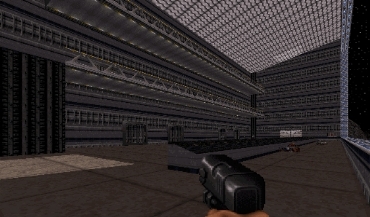 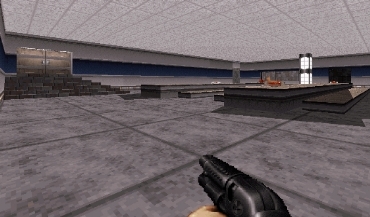 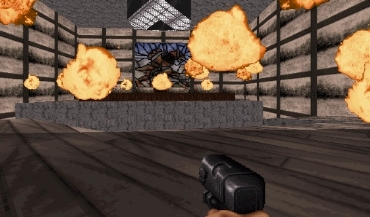 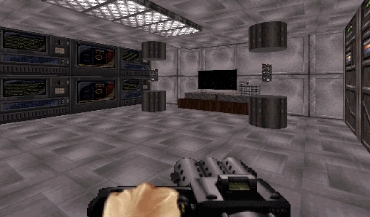