A map close to the original levels it is.
Some sort of continuation from Hollywood Holocaust.
A city styled adventure.

Starting off in an alley and moving right into mayhem!
We suggest you run like hell and start to look for weapons right away since those alien maggots are everywhere.
Then it's time to look for switches and keycards to unlock further portions of the city.
A quick visit to the sewage system before heading for the roofs.
Weapons are hard to come by in the beginning but as soon as you've picked up a few things are getting a little bit easier.
Design and layout is pretty average and simple but the map is more about action...
Expect a few nasty surprises and heavy resistance! 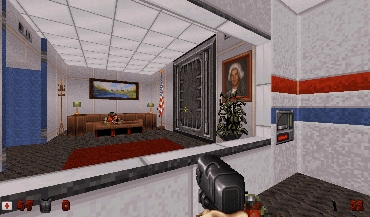 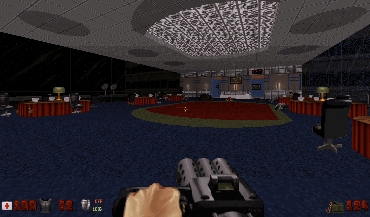