The aliens have invaded the street Duke just happens to be strolling down. Now it's time to kick ass.
A small sized map with a decent design and really nice layout.
Originally created to be a Death Match map, this has been successfully converted to a Single Player map.
Considering the age of the map it is well detailed and has a good atmosphere. Although the architecture is simple, the author did a fine job on the texturing, shading, and sprite work. A bit on the small side, this is still a fine city styled map consisting of a main street with a hotel and a restaurant.
There are also plenty of air duct passages, a sewer system, and a short subway line to explore.

Game play starts out a bit difficult. Duke is seriously out gunned and tactics must be used until the arsenal is beefed up.
There are plenty of weapons to be found, but they're not just laying anywhere. They need to be sought out and all the while trying to avoid being turned to worm food by the abundant, well placed enemies. Duke can afford to take a few shots because there's a good amount of health spread through the map, but like the weapons, it's not just laying about and it also needs to be located.
This is mainly a key seeking excursion, but for such a small map, there are a surprising number of passages and locations to be explored.
For those that like exploring about a bit without having to worry about getting lost. 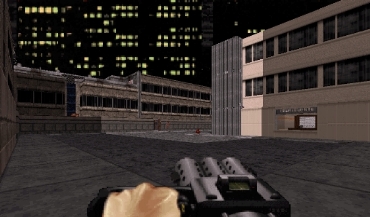 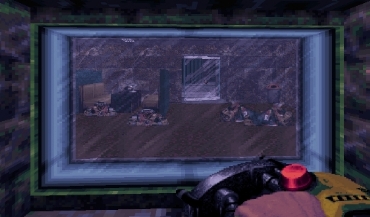 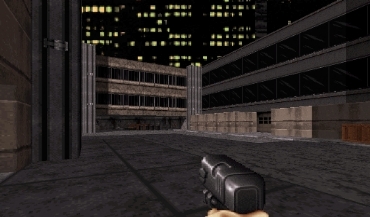 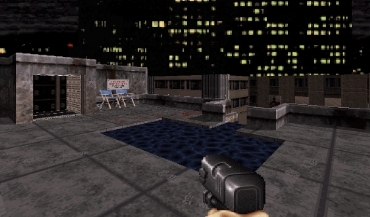 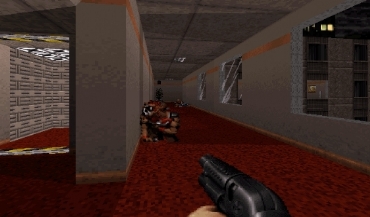 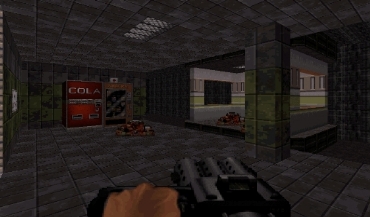