An EDF laboratory styled map.
There is an outdoor and street section at the beginning of the level, but there's not alot going on in those sections.
The majority of the game takes place inside two buildings connected via skywalk. The initial impression from the street view is that construction is pretty blocky, untrimmed, and under detailed, but this does not carry over to the indoor locations which are fairly well done.
The only bad habit that is predominant throughout is quite a bit of over sizing of items and constructs.

Game play can be challenging and confusing. The objective is to explore and find keys and switches. There are several dead switches that don't do anything and a good number of the ones that do activate something are hard to use unless they are approached from the exact right angle or having to waste some precious ammo to just shoot them.
On top of dead switches, hidden and obscure switches, and difficult to activate switches, there are booby trapped switches and locks that blow up in the players face or trap and insta-kill the player.
Additionally a number of timed doors are implemented that pretty much require the player to strafe-run in order to reach them before they close.
Only a minor amount of the puzzles are unfair, but add in that it's not always obvious what gets unlocked and some frustration can set in. There are a good number of view screens, but the problem is they all show the same cameras which cover about 90% of the map. Throwing a switch that opens something way back on the other side of the lab isn't that easy to figure out. The player may have to scan through the multitude of cameras looking for the subtle changes to a location in order to figure out where they need to go.
Combat is straight forward for the most part, but there are some nasty ambushes and spawns to deal with. Combined with the traps and minimal amounts of available healing items it can get pretty tough. 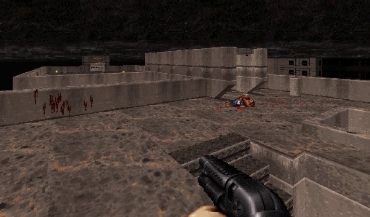 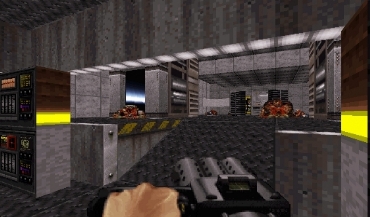 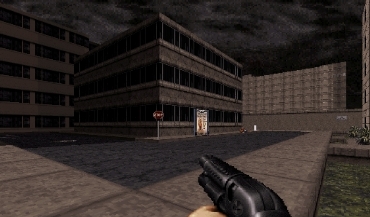 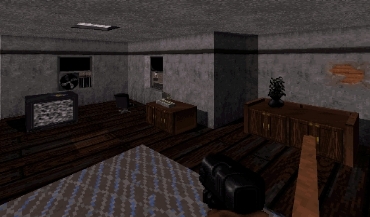 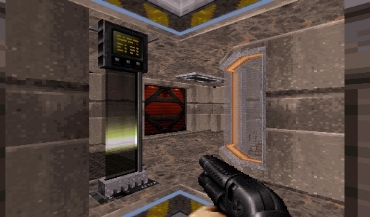 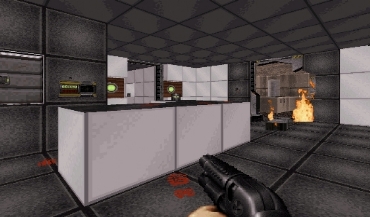