A city styled map.
A pretty simplistic level; it basically consists of a few blocks of square sky scrapers. Other than some minor architectural detailing objects and a couple rooms with interesting texture combinations the map is flat and plain. The street sections are barren and empty while all the effort was put towards a few of the indoor locations where all the detailing and shading can be found.
Over sizing, over crowding, and difficult to activate switches are only minor problems when wandering around this wide open map.

Game play is a key card hunt.
For some reason the author felt it necessary to place the locks at odd heights so the player either has to dance around crouching to get a key to work or jump up and down like crazy if the jetpack is out of fuel. Again these are only minor issues.
Pretty much every building has an interior, but not even half of them are necessary to visit in order to finish the level.
There are three keys, but only two are necessary to complete the level.
There's only three buildings that have obvious entrances, the rest have their access point hidden behind masked walls or closed windows.
One building has a fake lock and a switch to open hidden in what looks like a background area. Almost every switch in the map is hidden or nearly invisible. If a switch isn't triggering an event, then some obscure touchplate is.
What all this sums up to is a player entering a building, going through a few obscure and sometimes nasty puzzles just to reach the end of further progression and left scratching their head thinking, "What did I just do all that for, and where am I supposed to go now?" Yea. Just walk off and find another building to explore. If the player has no patience to jump along the walls around a building trying to find a way in, just run around hugging the walls and use the map view to look for the indents in the sides of the buildings.
For all its annoying nastiness with exploring, the combat is fairly well balanced and decently fun. 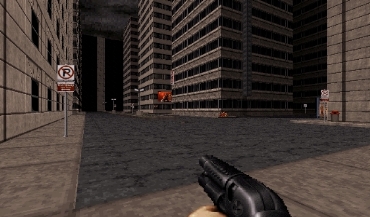 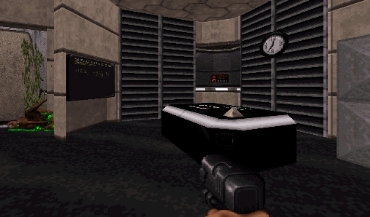 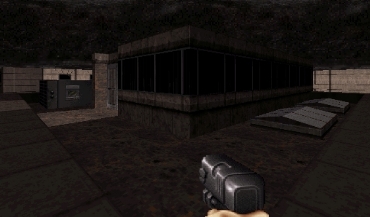 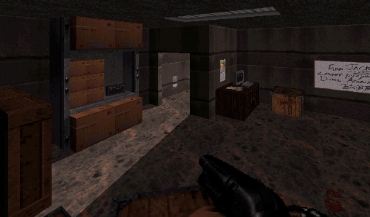 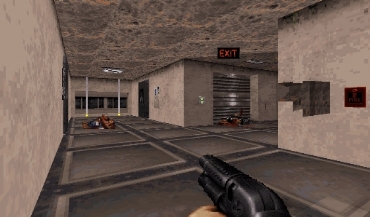 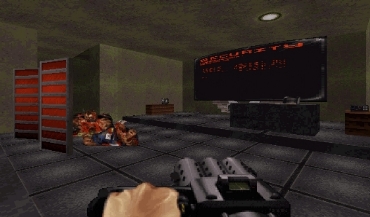