Jim Rich, a 'famous' womanizer is missing since the alien scumbags arrived to earth. What could he and those aliens have in common?
Duke is sent to Rich's estate to investigate. He discovers that ours chicks is in trouble...
The design is on the average for it's time. Not good nor bad. The action is set around his villa and a few movie sets. One of the doors towards the end ( after picking up the red card), might be hard to find. It's a hidden wall panel. ( the location is among the six screenies in this review). Find the three mandatory keycards and proceed. ( The blue one might be hard to spot since an alien corpse might lie on top of it though...)
You'll be well armed and the power-ups are scattered around in large numbers.
"Nobody steals our chicks.....and lives!". 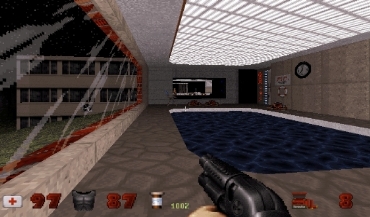 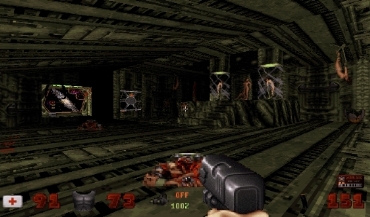 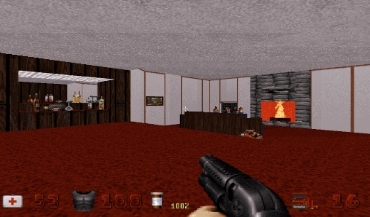 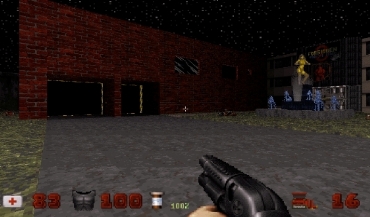 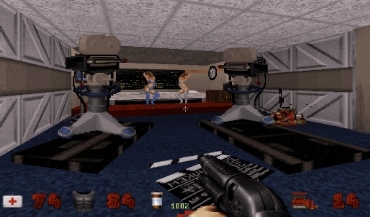 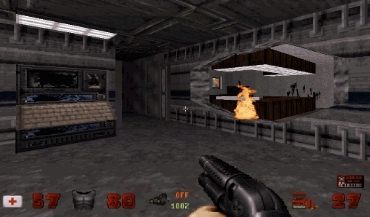