Ethanol Fever is an urban map divided in two side by the street surrounded himself by a bridge.
It's a decent map which will not hurt your eyes (badly or not) even if a bit of contrast for shading was needed.The bridge has surprisingly a very good look.

The main interesting resides in the combination " layout-gameplay" :this tight place can just contain two buildings with their two levels,their vents and their commune sewage.
The giant bridge is used like passerel beetween these two parts of the map.
Find all cards in this little place is fast and easy and it will take you just few minutes ,time to kick some bad -ass dispatched there and there...

Coop mode is pretty good if it does not annoy you to do not follow your(s) friend(s) but the DM mode is just average even if a lot of efforts was made for this. Tights corridors do not make a great deal and perhaps a little more of shotguns would be appreciated. The only strategy remains to grab the RPG( and trip-bombs) situated nearby the bridge which makes the game a bit crazy (perhaps unfair ?).
Surely a mapper to follow very closely. 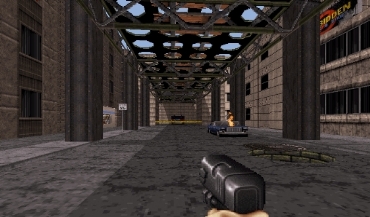 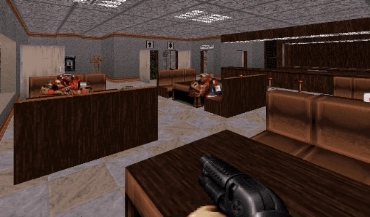 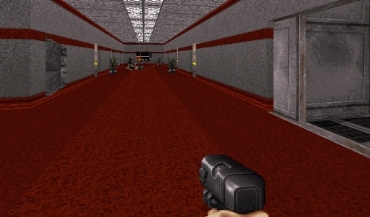 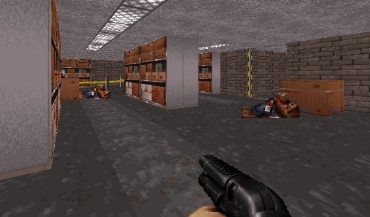 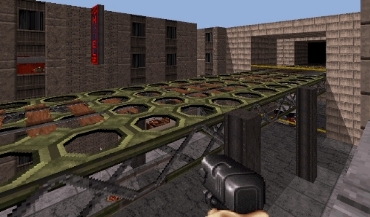 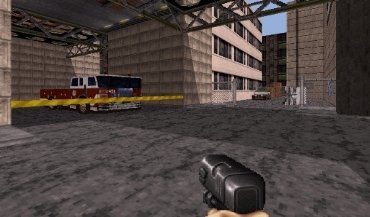