An urban styled map that mixes modern glass and steel with old stone and mortar.
The layout is semi-linear and consists of short legs to retrieve a key than a short back track to where the lock is.
Indoor sections are mainly narrow hallways and medium sized rooms while outdoor locations are large open spaces.
The level was either built over a period of time or the mapper had spurts of inspiration during certain phases of construction. Some areas have a decent atmosphere with trimming, spritework, strong shading, and a bit of architectural construction.
Other locations just look like flat boxes within flat boxes presenting a rather dull and unimaginative environment.

Game play consists of clearing location after location after location of huge swarms of enemies.
Some may find this entertaining, but at some point it can become tedious and more of a chore if you're not into this kind of map. Coupling this with huge amounts of supplies, ammunition, and weaponry results in the challenge not really existing after the first couple of sections. 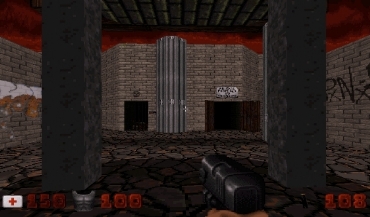 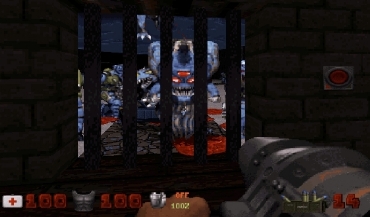 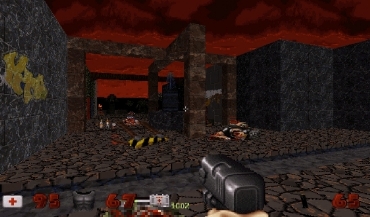 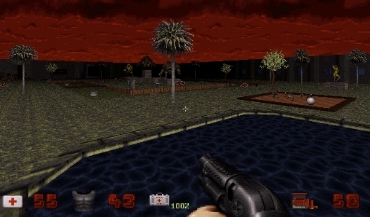 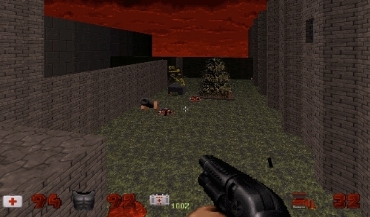 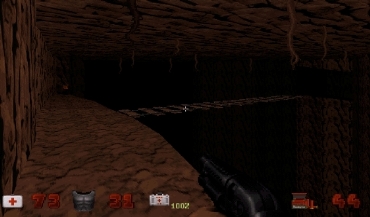