There's no real set theme to this map; it's just a mix of texture sets that vary from room to room.
The design and construction are about as basic as it can get; everything is blocky and squared off, there's no shading or detailing. The layout is just a long linear string of rooms and hallways with an occasional side area that usually contains a switch to unlock a door along the main path.

Game play is mostly about fighting hordes of aliens until the back end of the level can be reached to throw the final switch that opens the exit.
Then the player must make their way back through the entire map while fighting the hordes of respawns. There are keys and a few button puzzles which aren't too much of a problem. The confusion lies with the concealed doors. Due to lack of shading, most of the rooms being flat and square, and with the texture work done in bulk, several doors pretty much look like blank walls. Even though the level is pretty much packed wall to wall with aliens, there is so much artillery and atomic health stacked up that the challenge is pretty minimal. The only time the player encounters any danger is in the last room which is a hazardous environment and loaded down with turrets. Even then fire power and healing items are more than abundant to get through. 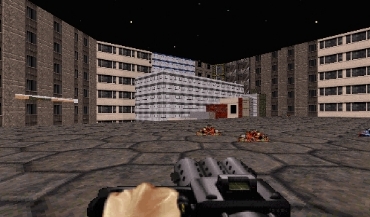 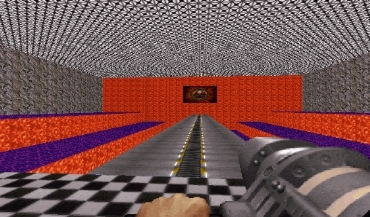 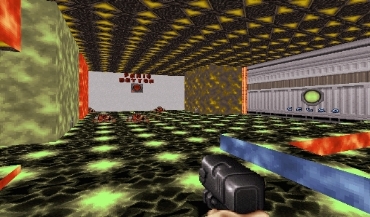 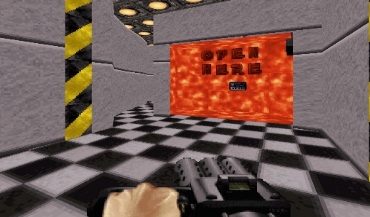 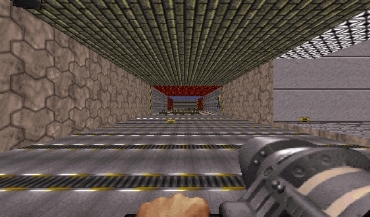 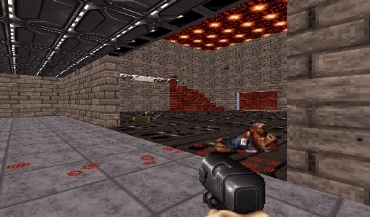