An EDF spaceship styled map.
A fairly typical example of this type of map; the architecture is basic, but solid, the shading is hit and miss, the detailing and trimming are decent, and the texturing, other than quite a few alignment mistakes mainly on the floors and ceilings, is done well and consists mainly of the dull metallic grey fashion.
The layout is pretty much a series of three Ys designed where the forks of each set of a branch has to be explored and all the tasks performed until the second set of Y forks can be access, then the same on to the third set.

Game play is mostly a button puzzle expedition with a couple key cards tossed in for good measure.
Confusion is putting it lightly. Despite all the cameras which don't show what you really need them to, there are almost no clues as to what's going on or where to go.
This is one of those throw the switch then go exploring to figure out what just happened maps. There are only a few instances of recognizing when the player is on the wrong side of the map. That's because there are audible explosions going on somewhere back along the way the player just came from, opening up a new passage that won't be found until all exploration is done and frustration drives the impulse to go back to the beginning and start over to find what was passed by.
Passages hidden behind masked walls and an exploding bridge that traps the player and makes them start over compound the head scratching. Conversely the alien to weapon and supply ratio is pretty balanced, but tipped towards the enemies just slightly due to the minimal amounts of healing items laying out in the open.
There are some challenging fire fights; while finding the secrets isn't necessary to defeat all the enemies, locating them helps with little, but not over top, boosts in the arsenal. 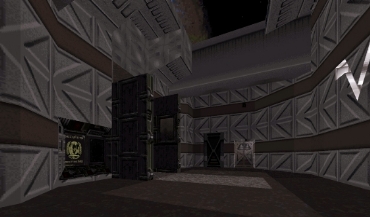 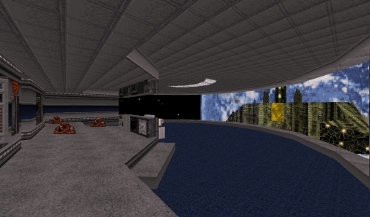 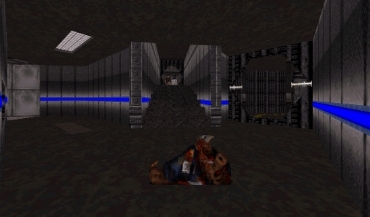 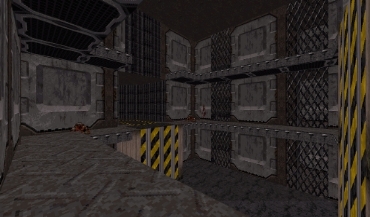 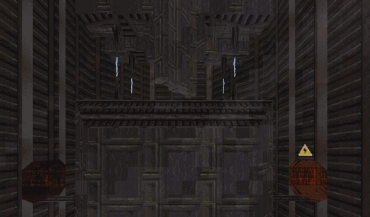 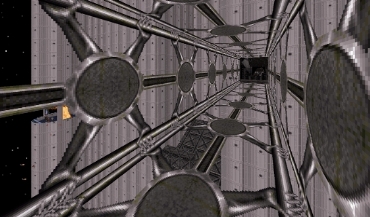