A large industrial facility.
Solidly constructed with good architecture and sprite work there are many typical locations that are found in this style of a map. Areas consist of storage rooms, control rooms, vats of material, extended series of conveyors and cranes, an outdoor loading dock, a hydro-power station, a water canal with a separate gate control facility.
The layout is wide open and many areas loop back into other locations so it's easy to get from one section to the next considering there are several paths to choose from to reach the intended destination. Of course this also means it's fairly easy to get turned around.
Lighting effects, sector effects, and environmental interaction help create a realistic and immersive environment.

Game play consists of hunting down and throwing switches.
There are key cards, but these are more for access to supply rooms and armories.
The first objective is to find the switch to turn the power on in the factory so the doors and lifts work. Then the mission is to locate the control boards to the three elements that the aliens are using to make some secret project. After that the player is to go to the "mixing" room and combine all the elements which cause the factory to blow up. It's not as easy as it sounds; the facility is pretty big and even with view screens it's not always obvious where to go or what to do.
Combat is very well balanced until the supply and armory rooms are accessed. Duke starts off with the basics and minimal ammunition, the deeper the level is explored the more supplies and weaponry becomes available at the same rate as the quantity of aliens is increasing.
After gaining entry to the significant stashes behind locked doors the player acquires some heavy artillery and a bountiful stockpile of health paks dramatically tipping the balance into their favor. 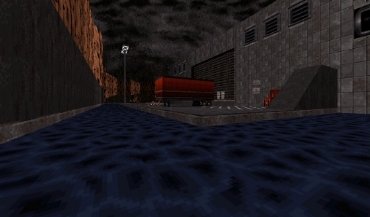 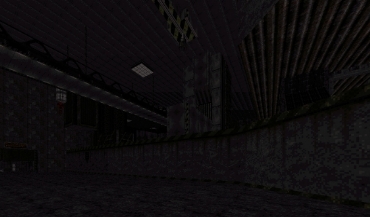 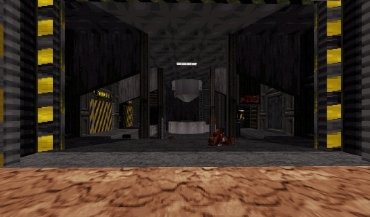 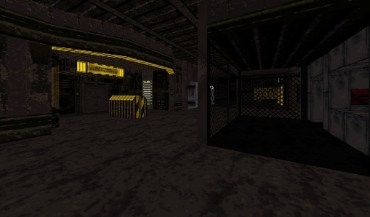 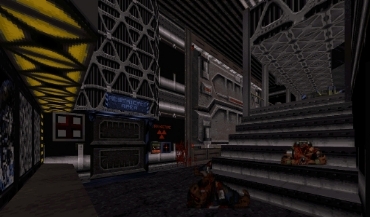 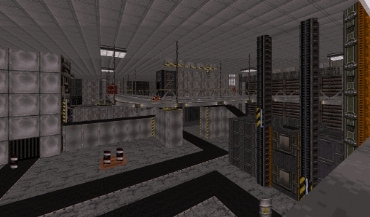