You're trapped in an underground base and you must fight your way through the alien forces to escape.
A small/medium sized map with a simple layout. The gameplay is very linear and is mainly confined to corridors and small rooms with one external area about the size of a medium room. The texturing and detailing are nice, but the shading is weak since the majority of play occurs indoors the lighting is "artificial". The outdoor area has a black night sky and seems to be artificially lit as well which contrasts well with the snow covered ground. Even so, the objects outside still cast no shadows.
Sprite work is sparse, but in such a confining map it would just get in the way, but trimwork is prominent.
The ambiance holds true throughout and you definitely feel like you're stuck in an underground base.

Game play is mildly difficult. There are several booby traps, be it trip mine or exploding corridors. If you move too slow these will kill you. The majority of the combat is in confining spaces with nowhere to duck or hide and one of these combat situations involves a commander. If you try to move through the map too fast the enemies will smash you into gristle. The majority of the enemies are troopers, enforcers, and pig cops, with a few other added for a bit of a variety. For the most part they are well placed, just watch for the ones that spawn behind you.
The weapons available are the pistol, shotgun, and chaingun. The pistol and shotgun ammo are spaced appropriately and apportioned evenly along the map. There's only one stash of chaingun ammo and that's found with the weapon, so use it sparingly as it runs out quick and there's no replenishing it.
Health is also spread evenly around but there's just barely an adequate amount to keep you alive. About the time you start getting low on health there's bound to be a stash nearby.
Pipebombs are also available but not for the use as a weapon. They're mainly for using to bypass tripmines or to solve puzzles. I found the first pipe bomb puzzle a bit difficult to figure out but the rest are pretty straight forward as to what needs to be done.
There are a couple of hidden button type puzzles (one correlates with a pipe bomb puzzle), but these are none too difficult to figure out either.
If you like running through corridors in underground base maps and solving not-too-difficult puzzles then I recommend this one. Decent looking and playing. 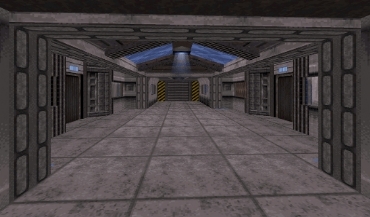 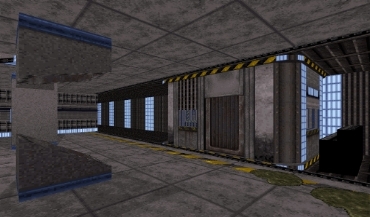 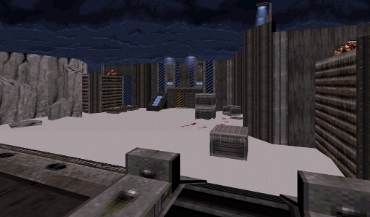 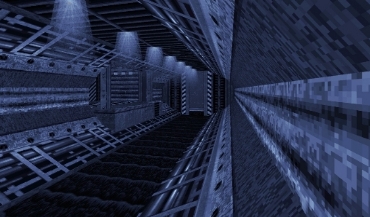 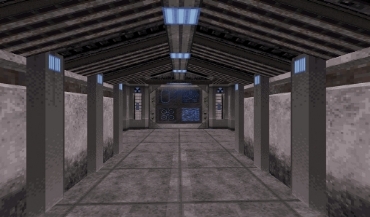 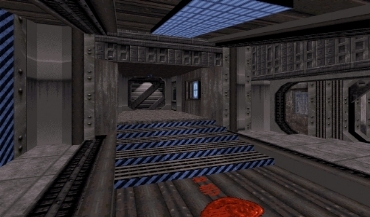