A very large city styled map.
The map consists of multiple city blocks connected by a subway system. Each section is unique and you'll find different shops, a bank, a restaurant, an arcade, a dock ward, and so on. Even though every city section is unique unto itself they mesh together seamlessly (Although I did find the "Haunted Building" out of place in the general ambiance of the game).
The object is to move from block to block and search out the three keys to open a vault which leads to the exit.
The three keyed vault itself is rather unique and was a nice touch.
The layout, while simple; subway station, city block, subway line, is put together very well and the detailing and shading are excellent. The only annoyance I found was that just about everything that fell onto the tracks got "stuck" in front of the first subway car.
Enemy bodies, ammo, weapons all going along for a ride and floating in space in front of the train.

Game play starts out rather difficult. A pistol and one clip of ammo and facing off against multiple enemy. Ammo is sparse but as you move through the map you collect enough to get by. There's plenty enemy of all types at each area. They range from troopers to mini-bosses and everything in between. It's best to avoid a fight if you can, especially in the beginning, just to conserve ammo.
Health is distributed fairly even about the map and there's more than enough to keep you alive.
All weapons are available, although the amount of ammo you find for each varies from very little to plenty. A very good game play and I recommend it to anyone who likes city maps 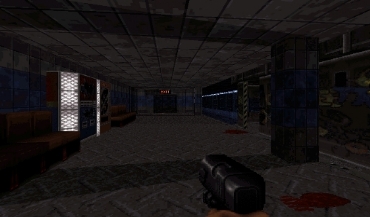 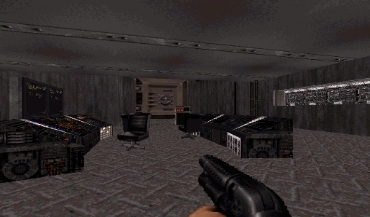 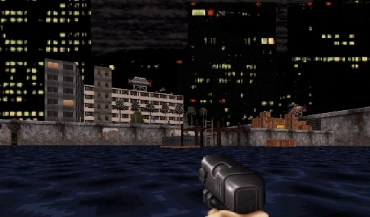 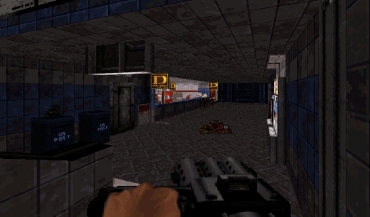