An aquarium styled map.
Action starts immediately in a large open outdoor area in front of the aquarium proper. After clearing the threat you are free to explore around or just enter the building and get to the meat of the level. Once inside, the structure branches off three directions from the foyer and it's time to explore around and locate those keys.
The map has fairly consistent detailing and construction throughout, but a few rooms feel a bit too boxy and without depth due to all the architecture being jammed against one wall and the lack of strong shading.
Like most aquarium styled maps the player can see into the tanks from within the halls and rooms of the facility, and vise-versa look back out, which gives the level the appearance of being larger than it really is.
About one-third of the map is non-progression filler and can either be explored for the additional weapons and supplies, or bypassed as unnecessary for finishing the level.
There's quite a bit of running back and forth while inside the building; get a key and go unlock a door, throw a switch and go back to the other side of the building, repeat. Luckily this redundancy of backtracking over already tread ground is rewarded by getting to explore a new section at the end of the trek, and respawns keep the action pretty constant. 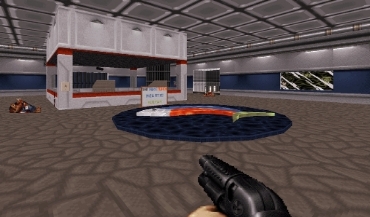 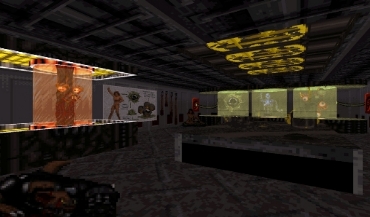 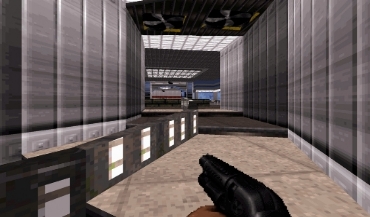 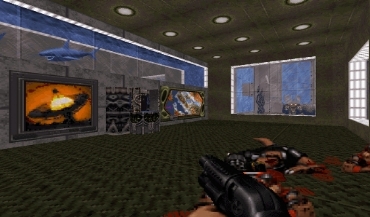 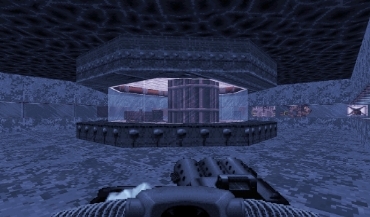 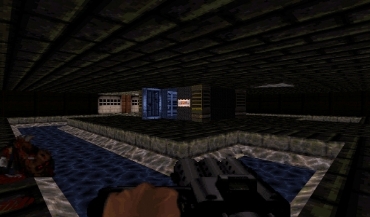