The aliens have taken over another city and it's your mission to kill them all and find your way to the bus station, hop a bus, and get out.

A large map with a simple layout.
Based around a city block there's not much background depth, even after you pass through one building into a little plaza on the next block over.
Game play is linear as you can't progress until a key card is used.
Play areas range from wide open streets to small rooms and halls in buildings.
The texturing and shading are well done for the most part for both the interior and exterior areas.
The sprite work is also well done and not over crowded and there's some good detail work mainly on the building's interiors.
The architecture is pretty basic throughout. Due to the lack of back ground work the ambiance suffers a little and lacks the feel of being part of a much larger city.

This is basically a find the key card to move on styled map.
There are no puzzles to solve (unless you count the crack at the top of the elevator and you don't find the pipe bombs for a bit) and no secret areas to find.
The main difficulty is combat. The whole thing is one slug fest followed by a few encounters, then another slug fest with spawned enemy (the author really likes pig cop tanks). Combat never really becomes an issue though.
There's loads of weapons (most are available), ammo, and health spread everywhere and gaining tactical advantage is fairly easy. There are a couple of instances when commanders are encountered in close quarters, but by then you should have the shrinker. Even if you somehow run low on health there's fire hydrants every where to tank up with.
Those have to be some of the slowest elevators I've ever seen. 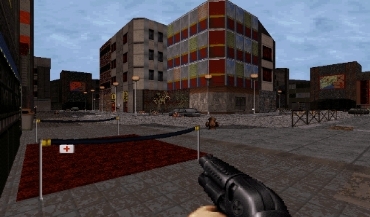 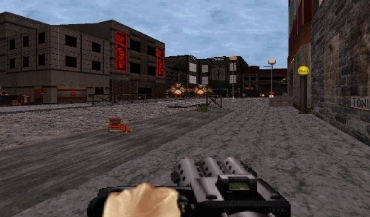 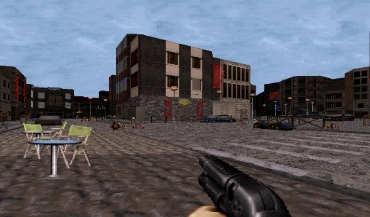 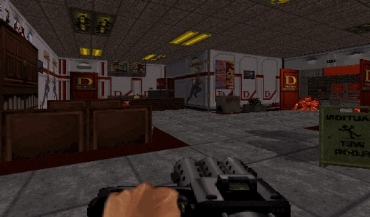 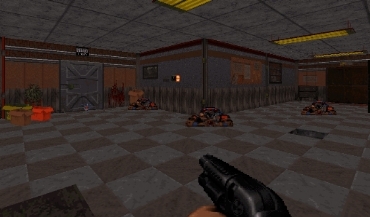 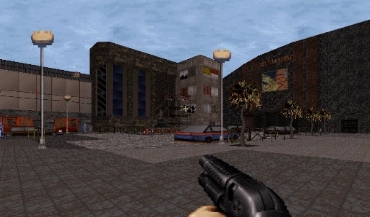