A very special map this one. Probably for those who like puzzles / exploring over slaughterfests.
The design is quite unique. You will be doing lots of.....uhm....let's say diving expeditions. Dive, or float around and unlock new areas. That's about it.
There is a few aliens roaming the scene but nothing that should cause you problems. Only problem would be that there is no air tanks available...
Take a deep breath!
Rating: 79

A canyon and industrial styled facility.
The level is pretty basic; most of the canyons look alike and are washed out because there's no real shading. Aside from the platforms area all the artificial structures are identical to each other as well. Other than some sporadic sprite work and detailing the environment is plain and unadorned throughout the majority of it. There are a couple of effects used to keep the map from feeling completely static, but get used to the underwater swimming sounds.

Game play is switch and key oriented. The author does implement an interesting above ground underwater tube system that is used in lieu of platform jumping in order to gain access to towers and other high elevation locations.
The downside is that the player can drown if they stay in a tube too long. After gaining entrance to the main building there are three branches the player needs to explore in order to gain a card and open the exit.
One section involves using tubes to navigate a series of platforms and cliff ledges.
A second one actually consists of a true underwater section which requires the player to get from doorway to doorway or other various air pockets.
The third involves a water tube and an annoyingly large button puzzle.
Ratios between supplies and aliens are decently balanced, but health can be a bit stingy at time. 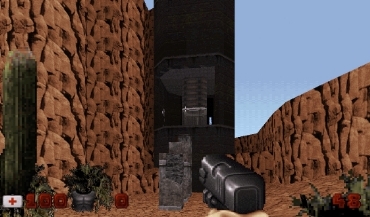 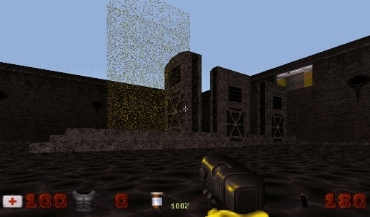 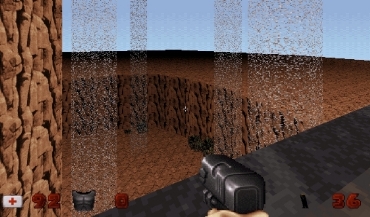 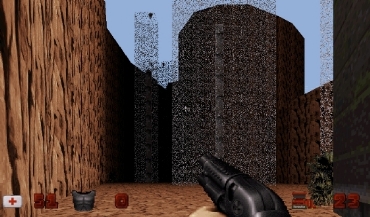 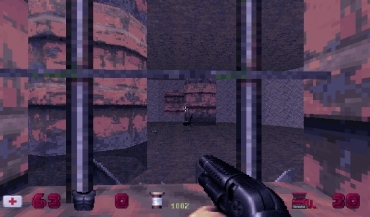