A flooded city inspired by E3L3 Flood Zone.
The level is executed in the original 3DR style based on good sector work, strong shading, and texture combinations to make the atmosphere instead of excessive detailing. It's partially successful in the attempt, but still lacks in a few areas.
The shading is under worked and there are a few locations that were left rather flat and plain.
The layout is a wide open hub with locked doors around its perimeter. It works fine, but could have used some more nooks and crannies to explore around in.

Game play is a card hunt. It follows the traditional style of retrieval and return to the lock.
The map does present some vertical navigation with underwater sections and some cliff and roof jumping, so getting around isn't too mundane.
There's a fair amount of combat and weapons are acquired at a medium pace to keep up with the competition.
It's pretty well balanced and some respawns, or fat commanders coming out of exploding cliff faces, does a decent job of keeping the action at a good pace. 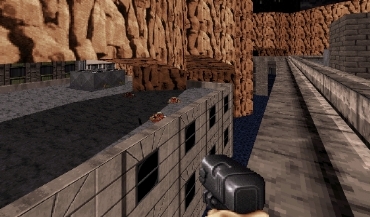 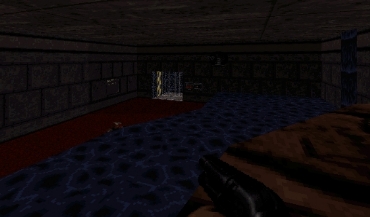 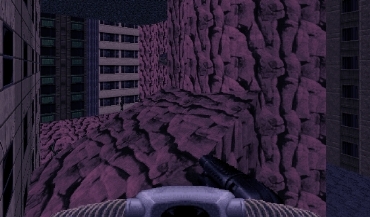 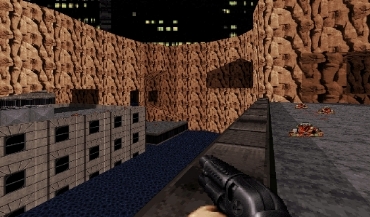 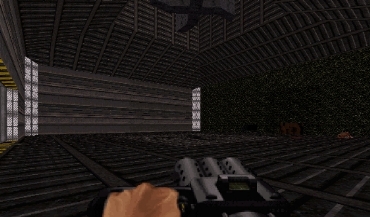 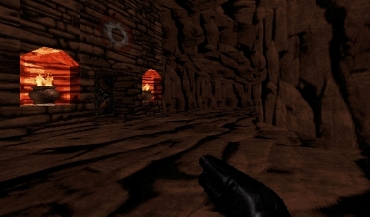