A small simple city block map.
It consists primarily of a street section, a jail, an office building, and a rooftop. There's not much to the construction or atmosphere; it's blocky, under shaded, under detailed, lacks trimwork, and other than the jeep doing laps around the central building, it's pretty quiet and lacks ambient effects.
The layout consists of a central rooftop and the two main buildings on opposite ends of the street which requires a bit of running back and forth between them to extend game play.

The map is primarily about switches and keys.
One structure contains a jetpack and a secured blue key, the rooftop has another switch and key, the second building has more switches, including the one required to get the blue card, and also the locks for the two keys in order to get a third key. So it's back and forth a few times in order to finish the map.
Combat is mostly engaging a few scattered aliens then facing off with a couple small hordes guarding the rooftop and the finish line. Weapons are pretty limited until towards the end and healing items are a bit stingy, but the ratios are adequate enough to get by on. 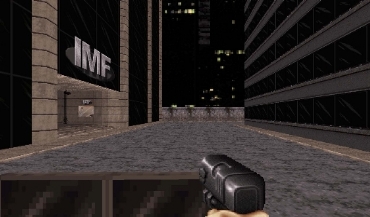 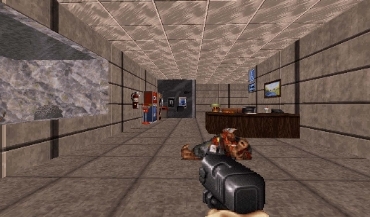 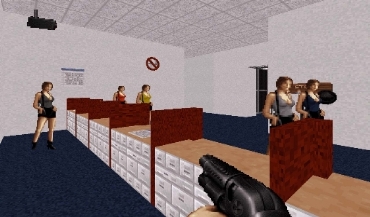 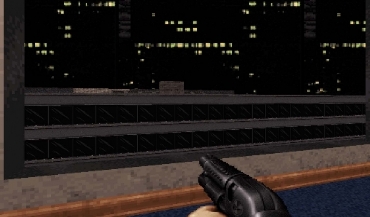 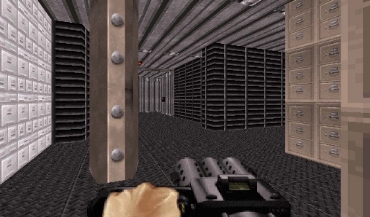 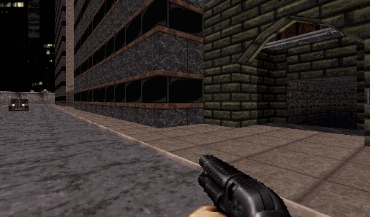