A canyon styled map with alien infested areas.
Duke starts out on a beach and must make his way up cliff faces, through caves and valleys, and finally infiltrate the alien stronghold.
Overall construction is blocky and under detailed, but those could be overlooked if there were any amount of well applied wall shading or the implementation of sector shading for some semblance of depth.
The level does have a nice solid foundation and a fairly clever layout, but feels unfinished. There are also multiple cases of exploitable locations in the design to allow the player to bypass large chunks of the map.
While combat is generally well done and fire fights escalate during progression, there are issues with enemy placement and some of the aerial combatants get "stuck" in the sky. If you decide to follow the "correct" path and overlook the simplicity of the construction the map is actually fun enough for a go or two. 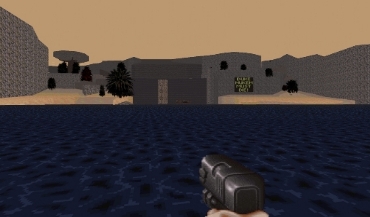 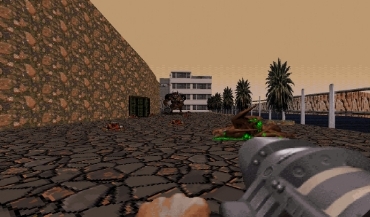 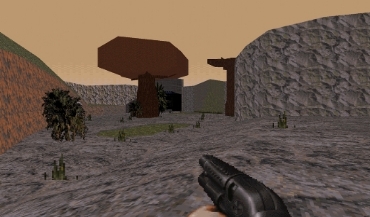 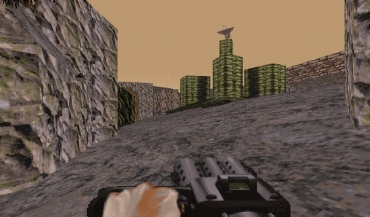 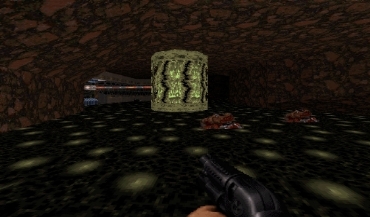 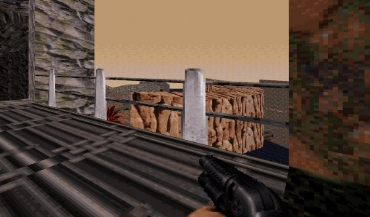