An EDF base on Mars inspired by Doom.
The level is very gloomy and atmospheric with nice detailing and architecture. Good texture combinations and a lot of sprite work went into the making of this map which go a long way in creating an inerasable impression.
The environment changes up from planet surface to indoor base sections to alien hive like locations. There are holes in walls and windows giving views of outdoor scenery for depth, and the usage of palletes and strong shading give a nice aura and realistic ambiance.
The layout is initially hub styled consisting of a large room with several inaccessible passages. This will require back tracking several times but the respawns should keep the player busy.

Game play is a card hunt and follows the standard retrieve then return to the lock system.
The only confusion might be failing to see the passage that is up by a ceiling and needs to be reached via jetpack. It is marked and stands out from the surrounding environment because it's lit up and a bit brighter than its surroundings.
The challenge is ammunition and health management; especially for the first half of the level. Unless several of the secret areas or stashes are located the resources are quite limited and it can come to a point where the player has no choice but to run because they'll have no way to fight back or heal.
Another challenge, especially during the early going, is dealing with switches and cracks. Instead of secret stashes some do nothing but open passages to earlier sections of the level, waste precious explosive, spawn a small horde of enemies that the limited resources aren't supplied to handle, and convolute the path. Test cautiously and only if you're prepared to fight. 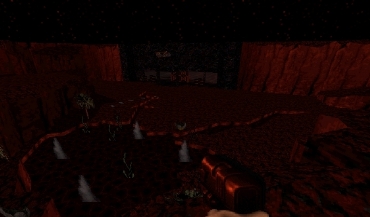 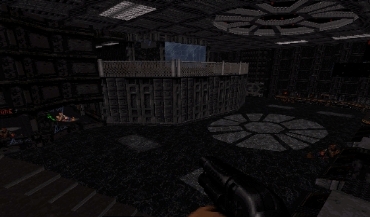 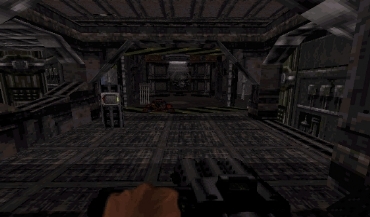 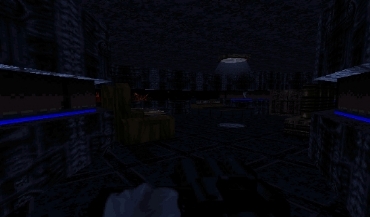 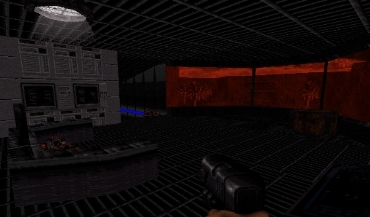