A medium-large urban map with a well-designed and very creative layout. The map is at its core linear, but there are so many paths, twists, and turns that it gives the impression of a very open floor plan. The majority of level takes place in small to medium sized rooms and hallways with an outdoor plaza serving as a hub in between three buildings. There are some issues with doors in cramped areas, and a few locations that seem empty, but the majority of it all leaves plenty of space for maneuvers and has pretty good detailing and trimming for atmosphere. Shading is well done to provide the right amount of contrast, and aside from a few misaligned textures, the combinations provide a fair amount of depth.

The game play is a key card hunt, but the action will distract you from noticing this. The environment is very interactive, with explosions and paths being cut off by collapsing walls and ceilings to prevent easy backtracking which forces the player to find alternate routes to reach the destination.
The variety of aliens are very strategically placed to maximize their attack style. The arsenal is limited as well as the ammunition, but what is provided is proportionate to the quantity of enemies encountered. Health is also doled out in small amounts at spaced out intervals to keep the player well alive, but not so much to allow a gung-ho method of racing through in a careless fashion. 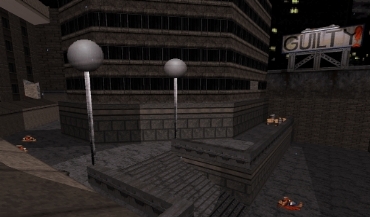 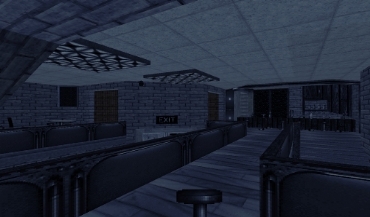 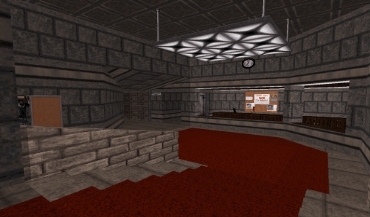 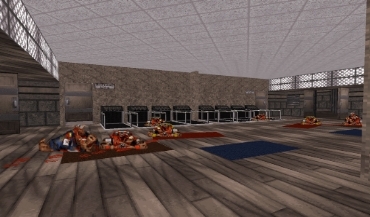 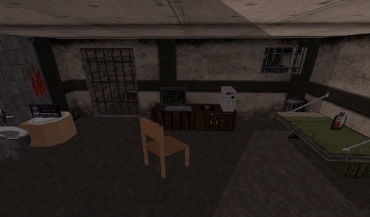 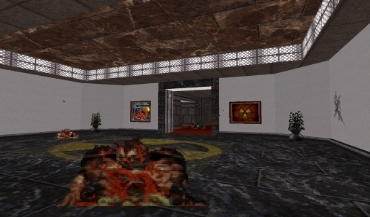