A large city map.
A lot of typical locations can be found such as an underground garage, apartment rooms, laboratory, library, swimming pool, book store that fronts a brothel, offices, and more.
The map has an extensive layout consisting of a street area acting as a hub with several buildings that are open for exploring. As the player progresses, new portals are unlocked or holes are blown into walls, which more often than not, lead to earlier parts of the level.
Eventually the floorplan develops into a spider web of a maze with passage ways crisscrossing and intersecting in multiple locations.
Situational awareness is going to be required as you may end up in the same spot a few times from a couple different directions and you need to know how to get out of there and back to where you want to go. Some of the rooms are pretty cramped, and nothing good ever comes from such locations when they are combined with swinging doors.
The blue key can be acquired in several different ways; either by getting on the ledge that runs the perimeter of one of the building via a few methods from outside the building, or the designed way by going through the interior of a building and jumping out a window onto the ledge. A slight design flaw which allows a portion of the level to be bypassed, but in a map this extensive skipping one area will hardly be noticed, and you'll probably end up wandering into it anyway.
There are a few other quirks and a couple spots where you can get into dead end halls that are only there to provide depth, but nothing that breaks the game.
If you enjoy the exploring aspect of the game then this map is right up your alley.

Game play consists of exploring several inter-connected buildings to find keys, locks, and switches that open the map up for more exploring.
Paying attention to where you are and where you've been is a must. All the branches of the map leading from hub area are initially open for exploration until the player reaches the end of that leg where they will find something that activates or something that needs something else to activate. There's a good chance that you will come to the end of a branch and discover that another leg of the map needs to be explored in order to get the branch you're standing in opened up.
If you get lost easily and have difficulty finding an area that was visited awhile back, or you find yourself doing a lot of back tracking and bouncing back and forth between several locations to get something opened or unlocked, this can prove to be a point of frustration. There are not alot of clues on where to go or what to do, so it's on you to pay attention.
Enemy encounters are pretty consistent and constant even while backtracking in most cases. The provided arsenal is complete by the time you're on the way to the exit and there's plenty of ammunition for most weapons.
Health is stretched a bit more thin than ammo, but there's enough to get by on. 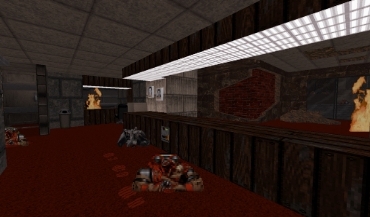 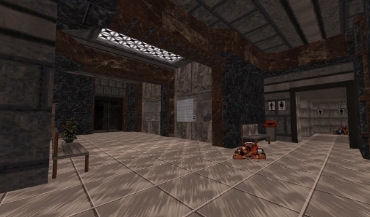 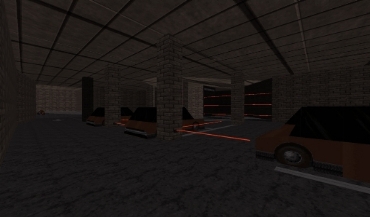 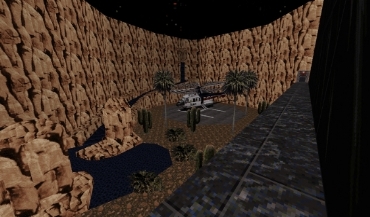