A level centered around the interior of a motel loosely based on the movie The Shining.
Most of the areas are pretty typical of a map with this theme and include locations such as several generic bedrooms, a library, a kitchen and dining hall, a small outdoor hedge maze, an alien infested basement, and a series of plain corridors.
The layout is very basic and very linear, though there are a few spots that can be reached from different directions.
The only confusion that may present itself are the hidden doors that open by touchplate. Most are pretty close together, but it's not always obvious that something has been opened.
Construction and design are at very basic level.

Game play is a key card hunt. The keys are stashed in out of the way rooms. Even though the map is quite simple don't rush through since several of the doors to these rooms are activated by touchplates and a few open at a very slow pace. If you blaze through in a hurry you may miss the portals.
Combat is a bit unbalanced towards the player; there are loads of weapons available and ammunition stashes everywhere.
Health kits are spread out a little thinner than the bullets, but there's enough.
Enemies are varied, but the encounters in most cases are one on one. Even when a multiple number of baddies are engaged, the artillery Duke is packing is more than a match for them. 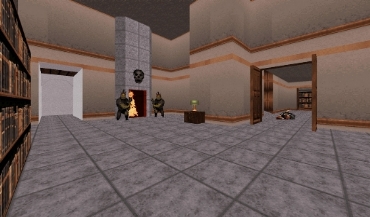 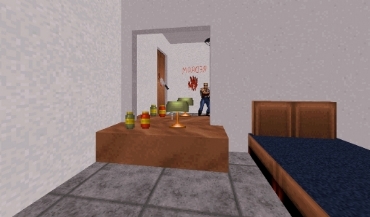 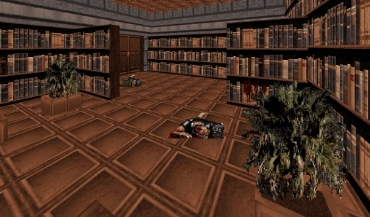 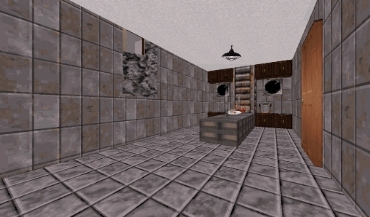 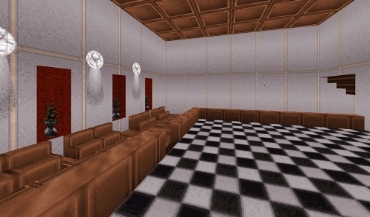 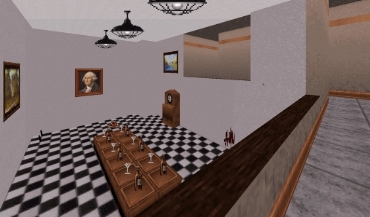