Ginnungagap is Loke's second attempt, and is unfortunately less interesting than his last release. This tiny map is a circular Episode 2 inspired map, with average design. The map really is too small for more than 2 players, and because of this it gets boring rather quickly. Loke makes good placement of weapons, inventory, and health. The map is perfectly symmetrical, if you pick up a weapon on one side, there is something else on the other side. Unfortunately, this map has little in the way of atmosphere. There are no ambient sounds, and it really looks quite drab.

The map isn't much fun for more than 5 minutes, but don't let the score scare you, if you're looking for a quick 1 on 1 match, this is the place to be.
Note: I played with a bot. 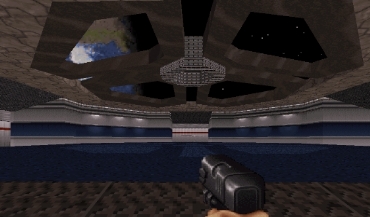 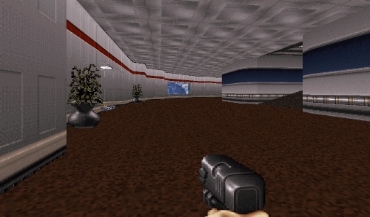