Duke is supposed to get married with Lara Croft...(!) when she disappears. Duke thinks she has left him and travels to the planet Vixen where he decent into R & R.
Then he hear that Lara didn't left him but was kidnapped by those alien scumbags.
Time to hunt down those aliens once and for all!
Design is quite simple and confusing.....some pits are unescapeable if you haven't got the jetpack, so be sure to find one before entering the abyss. Also masked walls with hidden enemies takes a toll on duke...
There are some new art involved but it isn't that much to write home about.
Aliens are coming at you non stop but there's tons of ammo and healing itens scattered about the level.
Some 20-25 minutes to pass unless you're stuck in a dead end without a jetpack. 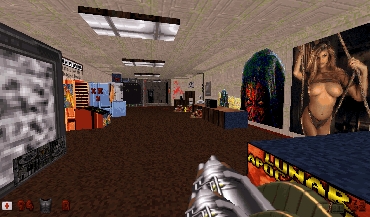 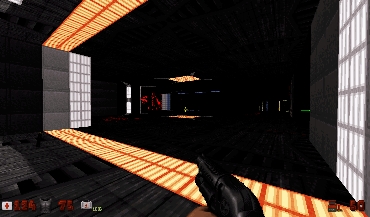 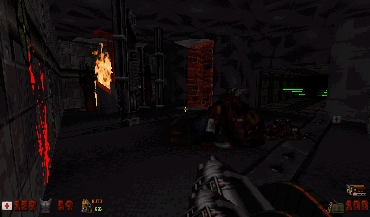 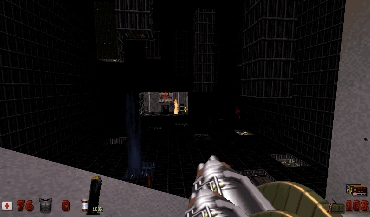 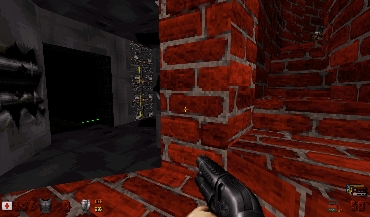 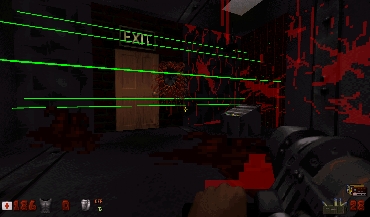