A city styled map. The level consists of a street area, underwater pipelines, and several typical buildings like a theatre, a club, a toy store, and other ordinary places. It's pretty well detailed and the architecture is above average, but there are some sector issues where the player can get squished or trapped into the background. The shading and what lighting and pallet effects are used are well done, but the ambiance could have been a little better with more sound effects. Other than a couple locked structures the layout it wide open for exploring.

Game play is a card hunt. Well mostly. The first key is hidden somewhere in the maze of the city, but once that one is acquired the exploring drops off. Basically after the first card is used the rest of the keys are only one or two rooms deep into the buildings. Following the ability to have free reign to run all over the place these stunted sections are a letdown and a slight disappointment. At least the aliens are set up nicely for some ambush sniper fire and face to face confrontations. 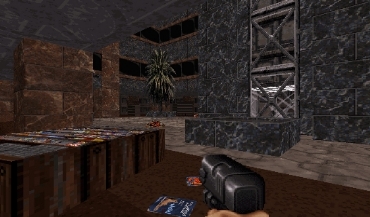 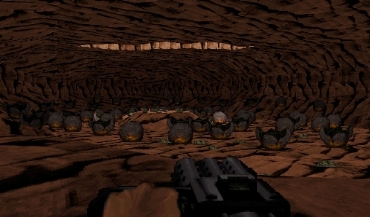 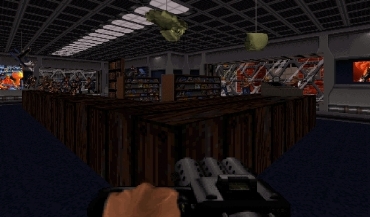 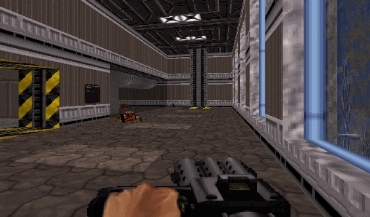 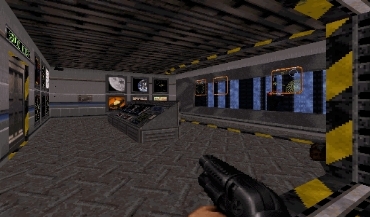 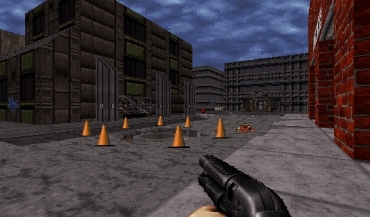