An EDF styled based hidden in the middle of a city.
Duke starts outside the compound's walls, sneaks in through sewer tunnels then explores the base.
The map is solidly built with good architecture and trimwork. The detailing is well done, the shading is strong, there are plenty of lighting effects, and the texturing is applied properly to distinguish one section from the next. Some areas of the base are in pristine condition while others are a burning heap of rubble. Of course what base is complete without an alien hive? There are a few things that bring down the overall quality though. There are numerous long unadorned simple corridors and hallways with alot of backtracking along these lanes.
Action in either direction is minimal at best, and if anything they're usually full of tripmine traps encountered on the return journey. In several instances the author uses teleporters to get from one section to the next. Sometimes it's fine and there's no break in the flow or atmosphere other times it just seem out of place like the small rooftop section that comes from nowhere.
About halfway into the level the map contains a platform with three teleporter pads. One take the player all the way back to the beginning, one about half way back to the beginning, and the third to the next section of the level.
With all the running up and down the same passages already present setting a trap to make the player walk through it all again from the start registers very high on the annoying scale.
The layout is linear and progress follows a formula of walking down a passage until an unlocked room is encountered, complete the task in that area, backtrack to the portal that was just unlocked, repeat.

Game play is mostly button puzzles or switch throwing with a couple key cards tossed in.
The buttons are easy to find and there's usually a view screen showing what opens. The linear nature of the map also prevents problems of getting turned around or lost.
Combat usually consists of clearing rooms and corridors of a few baddies, throwing a switch then fighting back through a few spawns to get to the unlocked portal. Tripmine traps are abundant; run at your own risk.
The arsenal consists of the usual bullet guns and a couple other weapons which are more than adequate to handle any encounters.
Health and ammo are also quite abundant so the player shouldn't be walking around unarmed or hurt for any amount of time.
There's also one secret that could have been done without. It consists of blowing up a duff balloon or two and raining supplies down on the player. Completely unnecessary and overkill on the ratio. 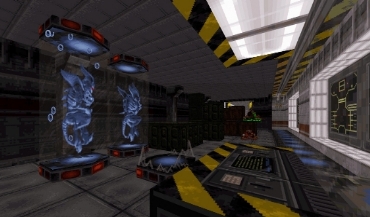 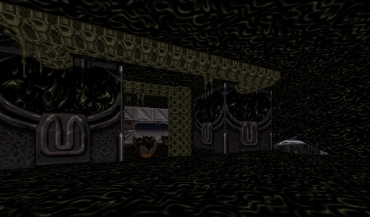 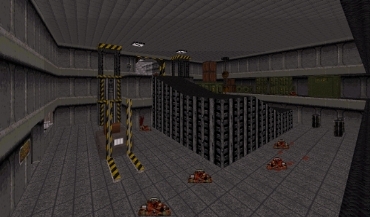 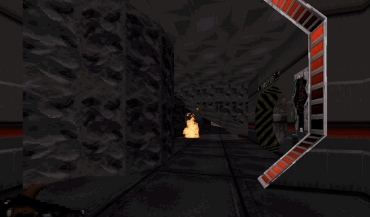 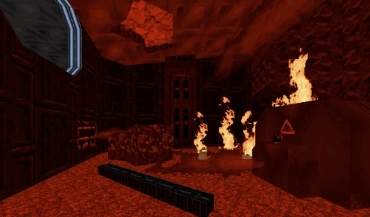 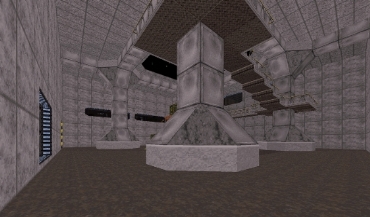