An industrial factory styled map.
The level is very well constructed with heavy trimwork and quite alot of architectural structures and detailing. The steel and concrete texture combinations are also very complimentary to the given style of map.
The outdoor locations are dark and gloomy while the inside areas are pretty bright. The author made use of palletes for the indoor sections in lieu of shadows; while it does give a sense of depth it still seems a little washed out.
None the less the atmosphere is still pretty immersive and there are plenty of ambient sounds to keep things from feeling static.

The layout follows the pattern of navigating through buildings and solving puzzles or finding keys in order to get from one outdoor loading dock to the next. Expect to do quite a bit of backtracking once inside.
The usual set up involves going down one set of corridors and small rooms until the goal of that branch is achieved then backtracking all the way through it to another freshly opened passageway. The center outdoor docking section is pretty much set up the same way, just on a larger scale with a more wide open hub area.
Combat is pretty well balanced, but is also predictable after a while. Open a door, shoot the aliens standing there in ambush, then pop off the ones huddled in the corners on either side of the door.
The outdoor sections are again pretty much the same, just on a larger scale with additional sniper positions and a bit more elbow room to move around in. 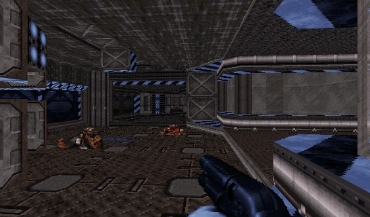 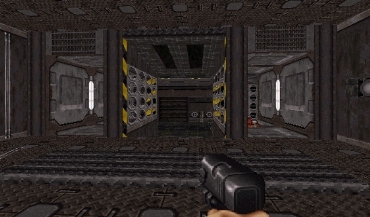 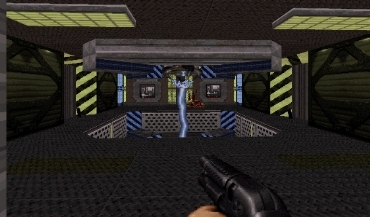 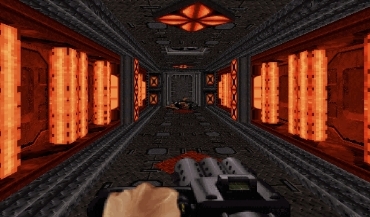 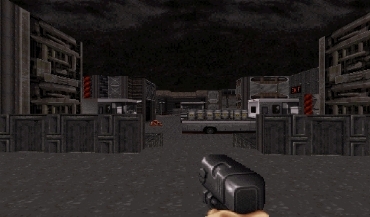 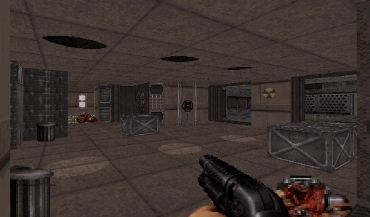