A forest and canyon styled map.
Construction is pretty basic throughout with minimal detailing in most locations, and rather blocky sector work.
The texture selection is also quite limited which, when combined with almost no trimwork, makes everything rather dull and flat in appearance.

Game play consists of finding a couple key cards, a couple switches, and solving a couple puzzles.
The key cards and switches are relatively on the beaten path and may require jumping around from tree branch to tree branch, but one of the puzzles is near impossible to solve. I assume the author was just evil when designing this thing. The player uses a yellow key card and a transparent screen rises, but that's it.
The premise is there is a maze of narrow paths with invisible walls, a toxic floor, and only one way through.
The difficulty is the correct path isn't a straight line, everything is pitch black, there are no landmarks or indicators to go by, and all the walls are one way blocking so a slight misstep and the player is stuck to die. The idea is supposedly to roll pipebombs out into the darkness to mark the way. A person could spend a week trying to get through this and still not make it. 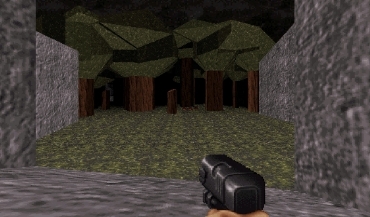 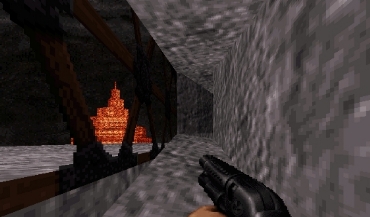 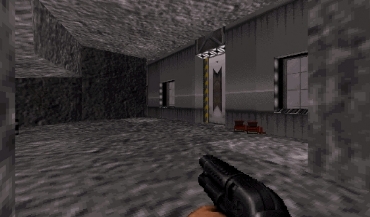 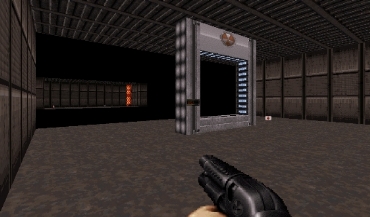 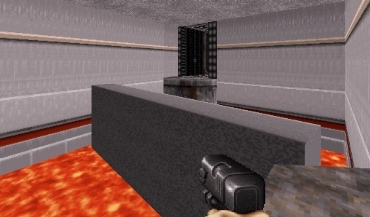 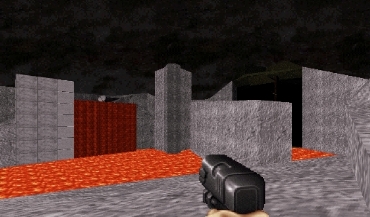