A hidden forest with a few trees that seems to be almost a sacred backyard to a modern building.
The inside of the building looks like an exit of a scientific building and has decent slopes and detail inside and outside of the building, the mapper took a moment to add a little shape to it instead of just being square.
The main battle area is pretty small but has trees and boxed crates to duck for cover during fire fights.
The map is best for 4 players and under anything above will turn pretty hectic but a 1v1 would be magnificent here. The trees make it have somewhat of a Shadow Warrior feel to it and will bring comfort of knowing the map very quickly.

Weapons and items are well placed but there could of been a few more maybe one extra shotgun, one extra chaingun, and one less atomic.
The map is smaller here best to pick up a shotgun or rpg if you can, to take care of business in the forest. 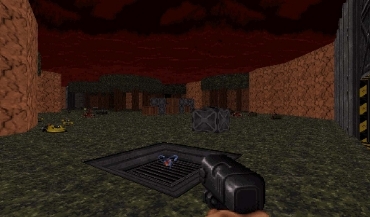 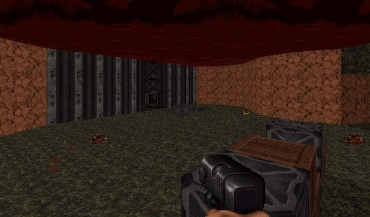 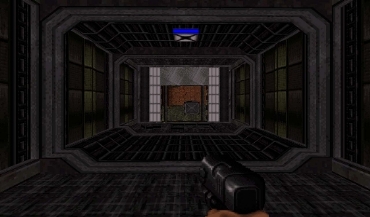 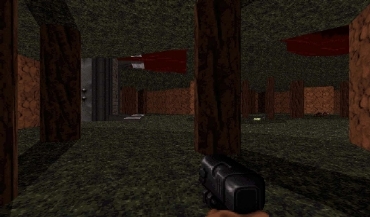 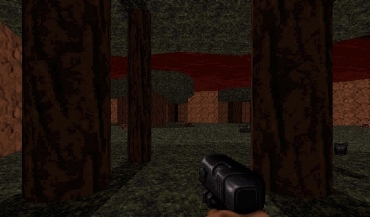