A sewer and city street map.
A short and rather unimpressive looking map. Rooms, corridors, and building are all stark and very square, and everything is mostly empty and under detailed.
The lack of any trimwork or texture combos makes the level feel very bland, and the lack of consistent shading enhances the flat dullness. It does manage to pull off some ambiance; there are a few sounds and effects, and each section has just enough texture variation to seperate itself from other parts of the map.
The layout is very linear and what few puzzles and aliens there are serve as the only speed bumps in this level.

Game play is a matter of collecting a couple keys that are near their corresponding locks, shoot a couple buttons, and shoot a few enemies.
The only puzzle that might stump the player for a minute is the door to get into the Duke Burger. I visited it a couple times and tried to open it, but it wouldn't budge. Went and visited the arcade and when I came back it was open. Don't know if I triggered something, the door was being held from the inside by an alien, or it had some real long delay.
While no view screens are present for the final switch, the rising sludge should be clue enough to walk back down by the Duke Burger and look into the deep chasm full of sewage. 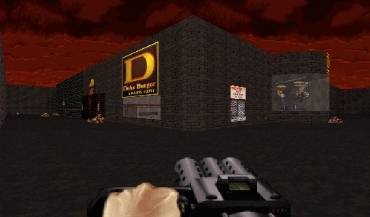 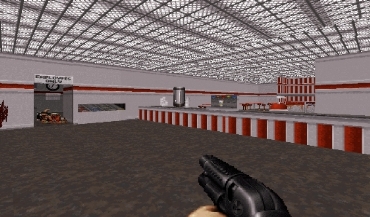 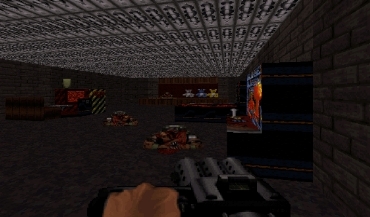 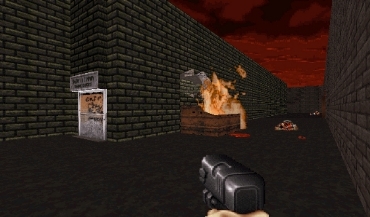 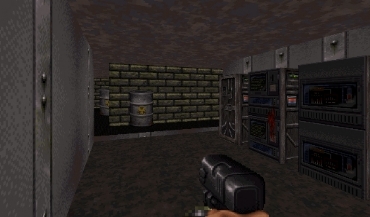