A hazardous waste treatment plant.
Mostly made of brick and mortar hallways and rooms with pools of muck, it gives the impression of an old dingy sewer. It's simply detailed and a bit under trimmed, but the strong shading contrast really help out the ambiance.
The layout is very linear, though there are a couple areas that give the player the freedom to wander around and explore if they don't mind getting their feet wet. There are stairs, lifts, and ramps that provide some verticle movement and keep things from feeling flat and static.

Game play is pretty much a get from point A to point B styled piece.
There is a key and some other minor puzzles to contend with, but this is mostly about the combat.
The level is loaded down with aliens around just about every corner.
What little backtracking there is gets accompanied by a host of respawns making Duke have to fight for just about every inch of ground.
Good thing there's a variety of weapons and a fair amount of health and ammo. 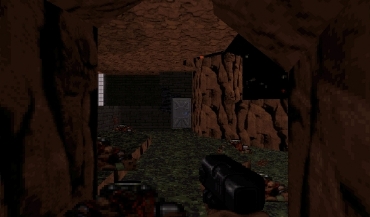 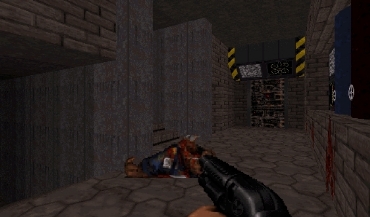 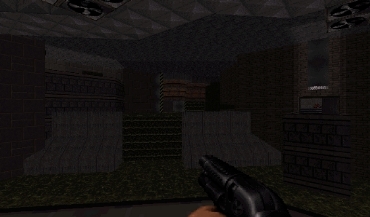 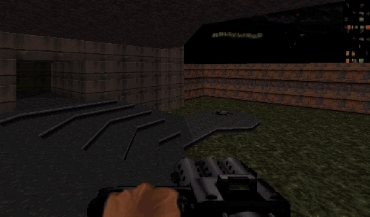