A hospital map with adjoining street area.
The level consists of several small rooms that would normally be found in a hospital such as a security center, a gift shop, a reception desk, a chapel, examination rooms, a helicopter pad, and corridors. Many, many plain, ordinary, and unadorned corridors.
The majority of the street section has good strong shading and prominent architecture which is the polar opposite of a large portion of the indoor areas that are washed out or rather bland.
The layout is basically linear in natural. The map starts out with a more open location to explore out in the street and a little elbow room to move around, then once inside the hospital there are a few side areas to check out, but as the player gets closer to the end the level it funnels into a single straight line hallway.

Game play is more or less a navigate from point A to point B styled map.
There is a necessary key card to pick up, but it's basically along the way so it doesn't really throw any twists into the flow of the map.
Alien encounters are mostly face to face engagements as the player moves through the map, with a few spawns to spice things up.
Weaponry is fairly basic with a good supply of ammo, but health is minimal. Both these receive a significant boost if secrets are located and can throw the balance severely into the favor of the player. 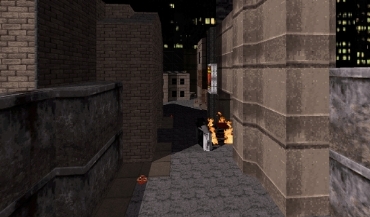 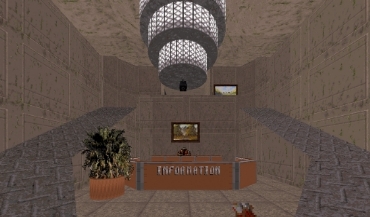 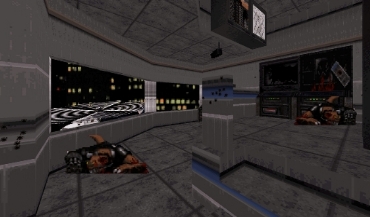 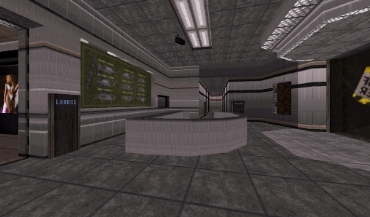 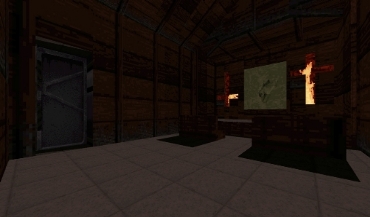 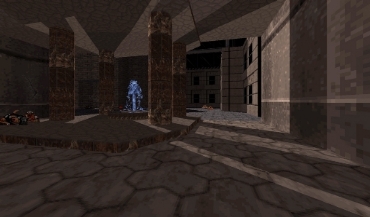