An EDF space station.
It's well constructed and has a good atmosphere with strong shading, nice trimwork, and plenty of sounds. There are large window ports to see some exterior views of other portions of the vessel, and some sections of the base where there's a bit of combat damage or where the aliens have started to convert it into a hive.
The level has fair amount of interactivity and vertical navigation with the environment by using rising and lowering stairs, opening blast shields, ramps, and lifts.
The layout is interesting and hub styled around a large central chamber. Backtracking is very minimal and paths usually exit back out into the main room at a different point from where it was departed.

Game play is keys.
It's a pretty basic affair, and even though the player is presented with a few options on which direction they can take once said card is acquired, the path isn't convoluted or confusing and usually leads right back to the central chamber.
Enemy engagements are mostly a constantly trickle of face-to-face encounters with a few walls dropping to reveal small ambushes or respawns back in the central room placed to guard locks.
The available weapons and amount of supplies tip the balance in Duke's favor, but not horribly so that it removes the fun factor. 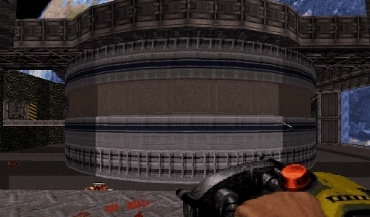 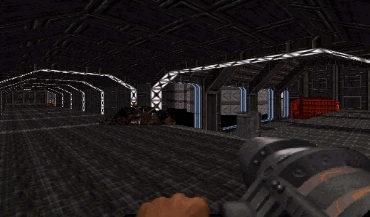 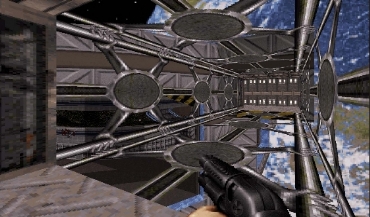 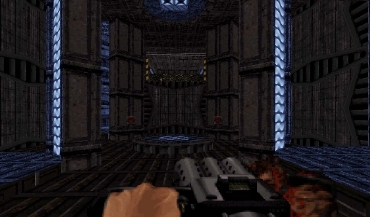 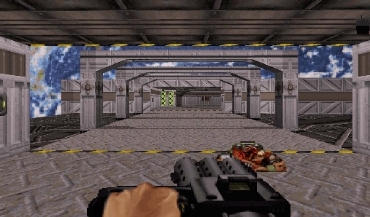