A desolate military styled facility hiding an evil secret.
The base is made up of a series of gloomy corridors and rooms. With the worn steel structures, cement surfaces, and strong shading contrasts you get the feeling that this post has been abandoned for quite some time.
While the construction is pretty standard and there are no major architectural structures that really stand out, the map is pretty solid overall. Some of the larger and more open areas do seem a bit empty, but you don't want a bunch of stuff in the way while engaging in fairly large fire fights.
One of these areas is the burning hellish pit; while decent enough some more rock and cliff face work would alleviate the "boxy" feeling.
The layout in the base is mainly made up of two connecting hub areas with each hub having between three and five branches spurring off from them. After reaching the hell-pit it's pretty much a straight shot to the finish.

Game play is mainly a key card hunt.
There are two blue keys and two blue locks. The keys can be collected in either order and the locks can be opened in any order as well. One path will allow you to grab the red key and the other will garner you the yellow key. Once both those keys are collected than Duke can escape out of the base, but this accomplishment is more like out of the frying pan and into the fire.
In order to get to one of the keys the player has to collect boots and go diving in some pretty nasty stuff. The protection allowed by the boots is just enough to get you in and out of the pool, so malinger at your own risk.
Enemy engagements follow the same pattern throughout; large clusters of baddies located at key junctures and rooms in the map.
All the supplies are lumped at these locations as well instead of spread out so you should almost never run low, and making the challenge not very difficult. Shoot up a bunch of aliens, restock on health and ammo, repeat.
There are a few locations that can test your eyesight. A few dark corridors with some dark and semi-transparent enemies can have you randomly firing down the hall.
There's also a room that has flashing lights and the contrast is between full bright and complete blackness.
Aside from inducing epileptic fits, it can cause some serious strain on your vision as you try to decipher what you're seeing.
The level ends with a well balanced fight under some interesting circumstances. Quick reaction and getting key supplies will win the day. 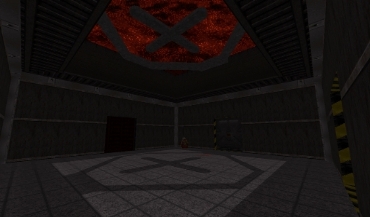 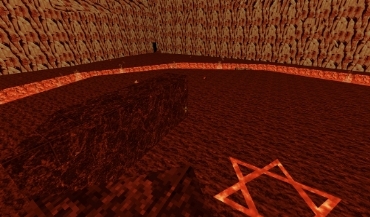 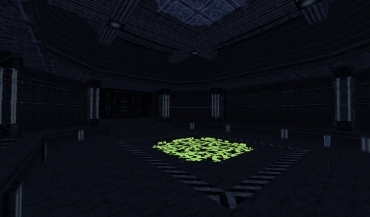 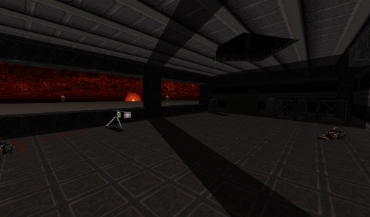 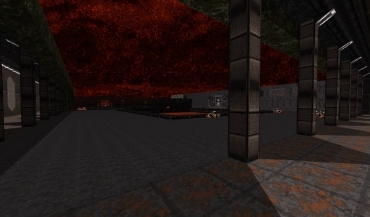 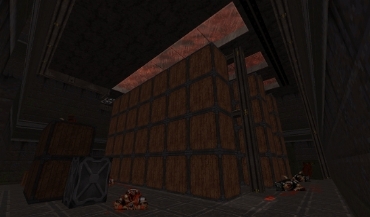