A map set around a city block with a few locations to explore such as: A cinema, an office building and a couple of stores. There is also an underground area you must visit.
Speaking of the underground area; It's beautifully designed for it's time. If the author had pulled off the rest of the map holding this quality the score could easily been cranked up into the eighties. A shame that the rest of the map is squared and with a basic layout.

The goal is simple: Clinse out all the vermin presence, find the mandatory three keycards and locate the end. I think this map would suit coop play since the aliens are coming in hordes from time to time...
Take an advice: In the beginning run like a maniac and locate some goodies before you're overrun. 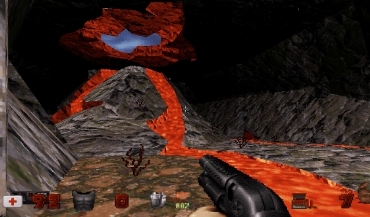 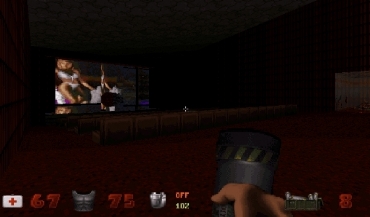 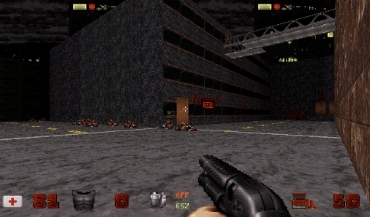 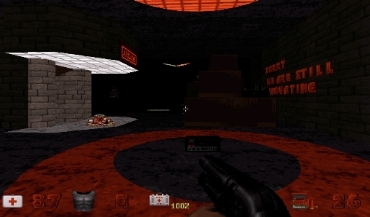 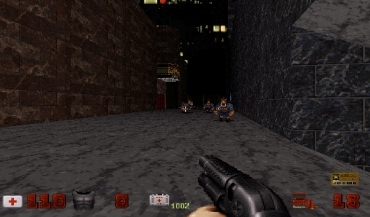 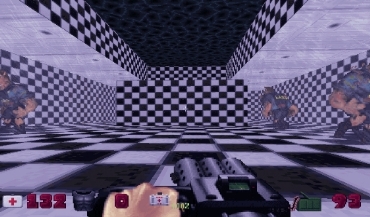