Hexhouse is the first map made by author Aaron Barber released back in '96. It's quite a large level, on par with The Abyss from the original game, and offer quite a decent amount of playtime.

Hexhouse isn't something you'd normally expect from someone who's never released anything prior to it, i.e. it's not a complete pile of shit. As mentioned the level is large with a lot of hidden passages and secret rooms for the player to discover.
One path leading to another is occasionally broken up with multiple passageways giving the level a much more non-linear progression. Rooms aren't built just for the sake of it but actually contain value items so exploration is a very rewarding experience.
The map, however, isn't much of a challenge even for the lesser experienced Duke player. Even with around a hundred enemies to kill you will pretty much blast through it in about half an hour with most of that time spent exploring the map and finding your way through the canyon and comically large house.

While Hexhouse generally look good there are a few oddities regarding texturing which is a bit sloopy from time to time with either unaligned textures or questionable placement of textures that look really out of place for such an environment.

Hexhouse is a fine example that not every first release is a complete waste of time. If you're a sucker for canyon-themed maps this one is definitely worth checking out. 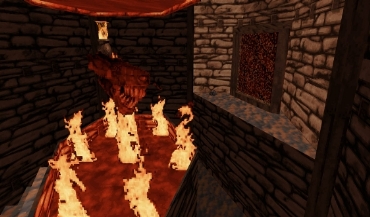 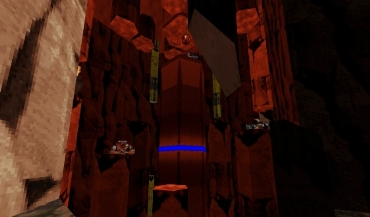