A city block styled level with a time travel theme.
There's not a lot to the map; it consists of a main street section with a small centrally located apartment, also a night club, a bit of a market, and a storage room placed around its perimeter.
Each time travel section is an exact replica of all the others with minor alterations; be it snow, lighting changes, things burning, or the ability to access what was locked in the previous instance.
This map is pretty basic; there's not alot of detailing or architectural construction beyond the main framework, but enough variation between rooms is used to give it a decent feel of depth and atmosphere.
Some issues are predominant, like oversizing, areas feeling a little too empty and sloppy texturing, as well as what could be classified as time travel anomalies (that fire above the storage room has been burning for quite some time).

Game play is a mix of minor puzzles and key card retrievals.
Each time travel section has its own problem to be solved ranging from finding explosives or a jetpack to hunting down a handful of buttons spread throughout the map.
Each puzzle is specific to its own time line so what happens in one period does not affect any other period.
The concept has good and bad points. It's nice that you don't have to jump back and forth between phases to figure out how to get around, but on the other hand it doesn't take advantage of making the puzzles more interesting like blowing up a wall in the past to get at something in the future.
Each time line ramps up combat making it a bit more challenging than its previous incarnation, but other than a nasty ambush towards the end of the map, the combat is straight forward killing of spawned hordes. 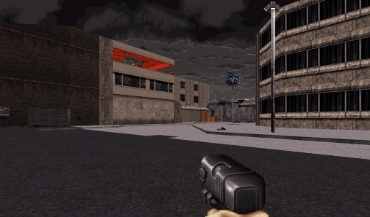 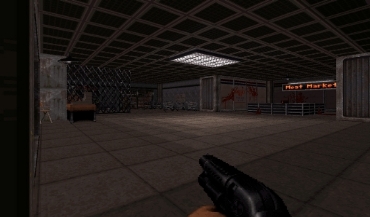 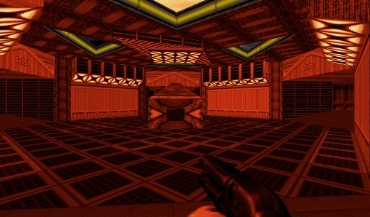 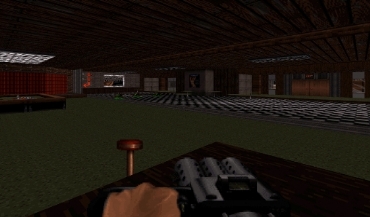 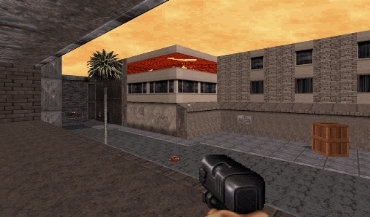 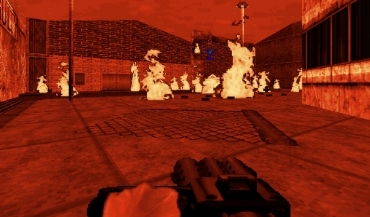