Highland is a new city map, and like the Metropolian Mayhem episode, it takes an old school approach.
While many 'modern' city themed levels are big and offer a huge variety of locations, this one - like the old 3dr maps - is smaller and focusses on 1 theme. In this case, the theme is a high school with multiple floors. As you start on the rooftop, you work your way down until you reach the streets.

Design is very good, polished, and looks good both with and without the HRP.
The classrooms look convincing, and the outdoor locations look very good as well. My only complaint is the somewhat repetitive nature of the locations and the textures; most indoor locations have the same grey brick walls, and 2 of the floors share the exact same layout. But, given the theme, some repetition was impossible to avoid.

Gameplay is quite good and balanced; you have to use your brains a bit to find all the keycards, but if you pay attention it shouldn't be a problem. Health is a bit sparse, but there's enough to survive.
Again, paying attention to your surroundings helps a lot.
There are a lot of enemy respawns, and a pretty hard final fight.

Overall this map is a nice addition to the ever growing database of city maps. It establishes and exploits its theme very well and offers some nice challenges along the way. 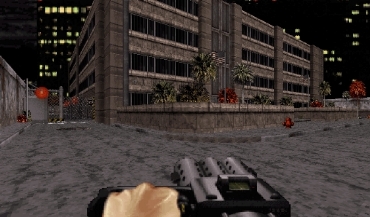 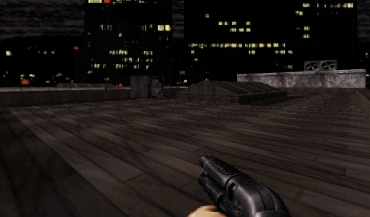 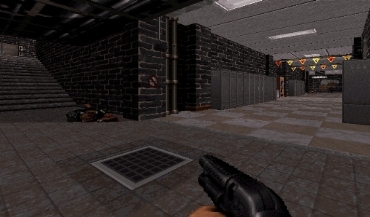 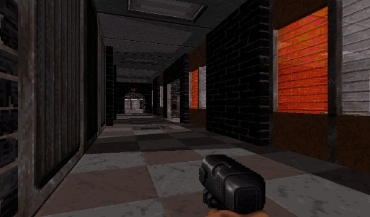 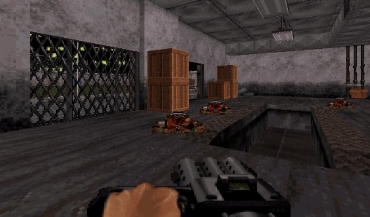 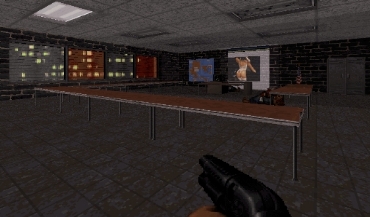