A mountain temple styled map.
Duke finds himself on top of a mountain and must make his way to the bottom and through a temple in order to reach a teleporter that will send him back to where ever he came from.
The first section of the map is made up of a series of ice covered cliff faces, narrow frozen caves, and pit falls that must be navigated in order to reach the bottom of the mountain where a crashed jet liner lays in burning ruin.
Another snow covered pit and some more cave spelunking leads Duke to the Himalayan monastery.
The architecture isn't anything too extraordinary, but there are several well constructed sprite platforms. Texturing is decent and proper, but the shading is rather weak to non-existent.
The layout is linear during the initial mountainous area, but the temple is free to explore aside from the locked locations.

Game play is a combination of moving from point A to point B with a handful of jump puzzles during the first section, then a key card hunt while inside the temple.
The temple is made up of a hub area with several branches leading off in different directions. The passages are rather short, one leads to a water filled room, another is a short passageway leading into a small sleep chamber, and the last is a short loop that ends up back at the other side of the hub. There are only so many places the keys can be so they're rather easy to locate.
Combat is pretty much a straight forward face-to-face engagement.
Initially the ratios are balanced, but towards the end there is too much health and some unnecessary artillery that makes the fire fights too easy. 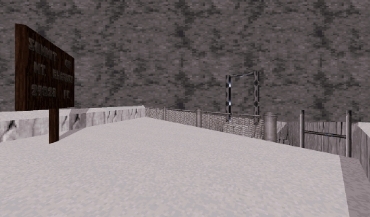 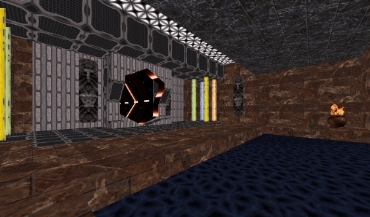 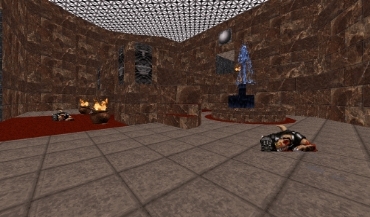 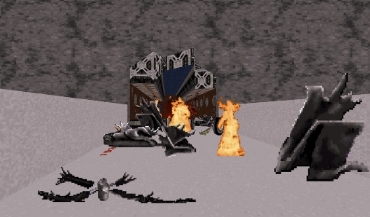 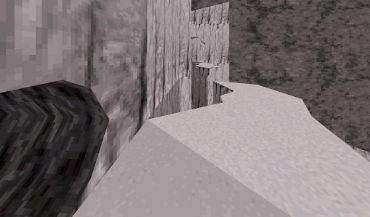 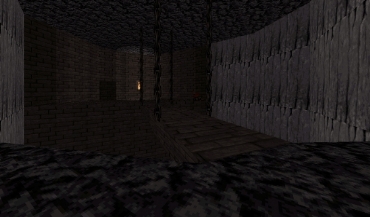