An underwater EDF styled base.

It contains some typical locations found in these styled maps such as barracks, control rooms, machine rooms, reactor rooms, and an infirmary, but it also has a series of caverns, under water caves, a submarine docking port, some flooded base sections, and a large underwater area outside the base.
Aesthetically it's well detailed, shaded, and has some good texture combinations, all of which makes for a realistic and immersive environment.
The atmosphere is also enhanced with a lot of interactive items, portholes to see the outdoor subaquatic areas, sector effects, explosions, and a constant change of scenery and environment.
Overall it's a well-constructed and solidly designed level. The floor plan is primarily linear, but does have a few forks that need to be explored then backtracked through, and a path that requires some deep sea diving which then loops back into the base at an earlier point.

Game play is a mix of keys and buttons. Most of it is pretty straight forward and there are view screens and clues generously placed to help the player along.
Combat is a near constant activity between the aliens lying in wait and the respawns that show up to keep the player in a continuous battle to gain ground.
About the only lull in the game is the loop through the underwater section which dumps the player back near the beginning. Nobody shows up to keep the player company and they have an uneventful walk for quite a distance through the map to get back to the reactor room. 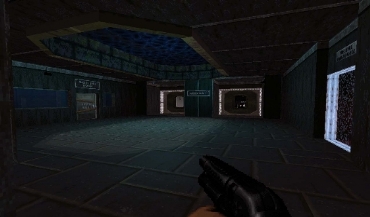 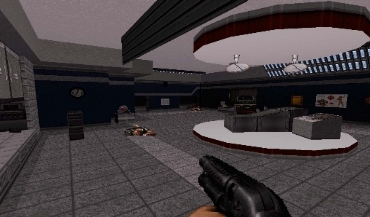 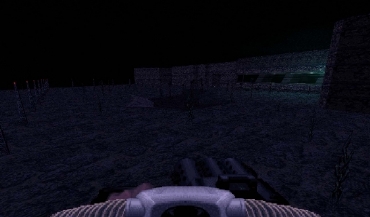 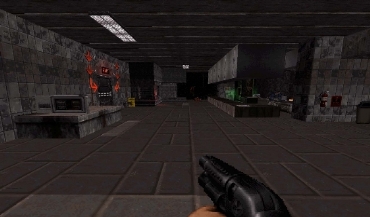 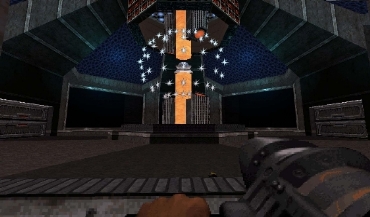 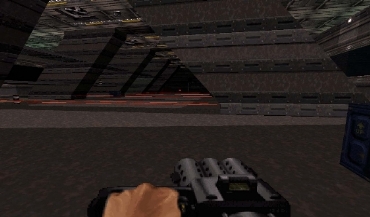