An urban map. Basically a remake of the episode one, level one map from the original game.
The premise is that this is what the place looks like if the aliens re-take over the movie theatre and Duke comes back for a visit.
The path of progression has been changed around and previously open locations are now locked and there are now new holes in some of the walls that must be used to get around. The level is still somewhat open, but is now quite a bit more linear until the barriers are removed.
The map now ends with Duke beaming up to the alien space craft hovering over the street and gaining access to the control room.
Other than a few additions, this modified version looks pretty much the same as the original except for the interior of the space craft which is rather plain and unimpressive.

Game play is a mix of throwing switches and finding keys in order to get through the building.
Nothing too difficult or challenging to accomplish since the path is limited until things start opening up.
The arsenal is a bit more boosted over the original to match the tougher aliens that also make an appearance, but like the original, there's way too much health and ammunition. 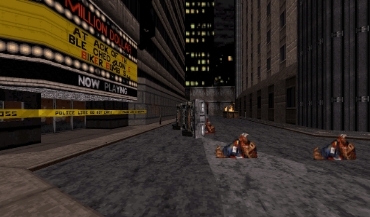 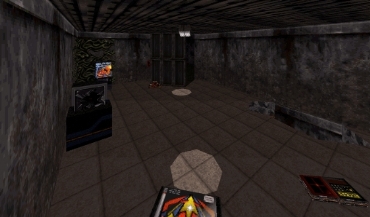 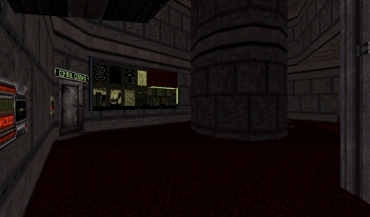 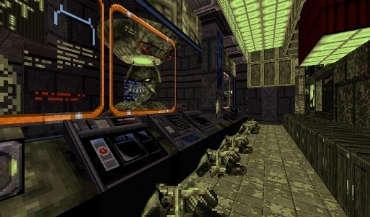 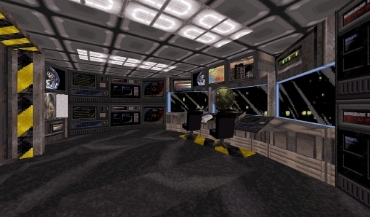 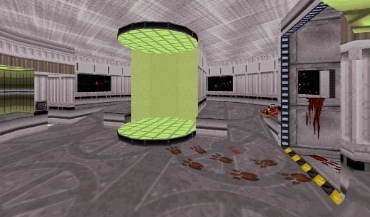