Duke is wanted for murder.....by those alien pig cops. Will he get arrested?

Duke must avoid to get arrested or maybe there's no way around the infested police station?
It's an action map and it's fast paced. He fight with his back against the wall throughout.
The design is very good for an oldie like this with tons of effects and cool areas to explore.
Lighting shading is taken care of and the texturing is good.
Be on the look-out for secret areas since the heavier weapons is hidden. Ammo are well balanced but take a hint; save some for a rainy day! 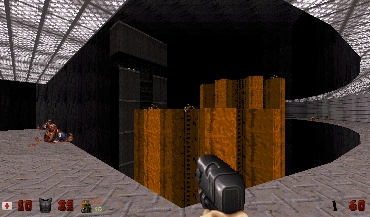 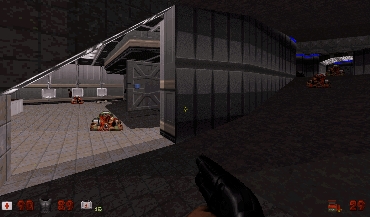 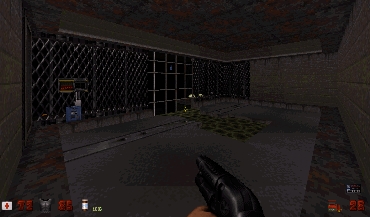 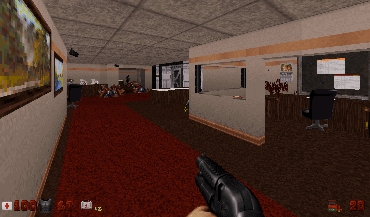 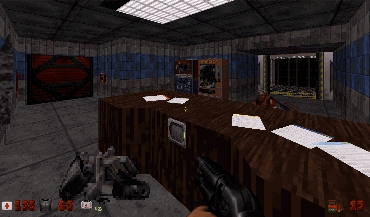