A Small-medium two city blocks with subway map.
Ammo, weapon, enemy distribution is fairly even, but if it wasn't for kicking in a few urinals to get some sips of water, one would surely die from the lack of health kits.
This is a basic find the key, open the locks, get to the exit style map.
The layout is pretty simple and the keys are easy to find. The detailing/shading is above average.
One small bug that doesn't have a major affect on game play; once you get to the top of the stairs after leaving the subway go to the next alley over to the left . If you jump up on the window ledge on the left side of the alley (above the trash can) it acts like a conveyor belt and moves you towards the back of the alley. You also can't shoot down from it because it puts up an invisible barrier in front of you.
Game play is pretty standard. 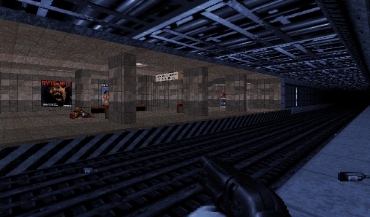 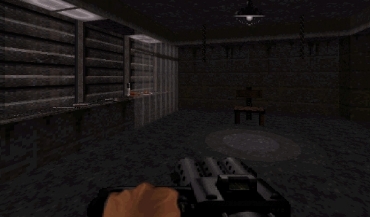 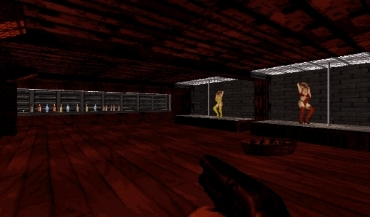 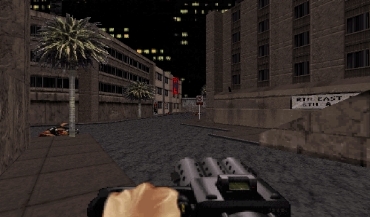 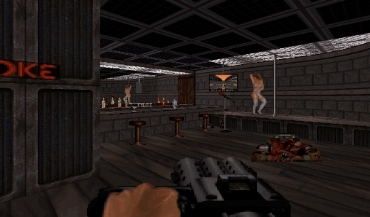