The aliens have taken over an arctic base and it's Duke's mission to infiltrate their defenses and capture their invasion craft.

A medium sized map with a great layout and design. Texturing and shading were very well done for both indoor and outdoor areas. Although a few rooms were cramped and over crowded, the sprite work was cleanly done and the author paid close attention to detail. There were no major ground breaking architectural designs, but there were several nice creations such as the scaffoldings in a few rooms, the snow plows, and the alien craft at the end which were nice.
There were a couple of doors that were buggy, but other than that moving through the map went smoothly.

Game play was a bit uneven. In the beginning there's hardly any health to be found, but there was a good stash of weapons and ammunition. As the map is explored deeper, the opposite becomes true and ammunition is hard to come by while there's health galore. So one good strategy is to initially avoid some of the stronger enemy until a few of the health stashes can be found, this also conserves ammunition until Duke collects enough to put up a good fight.
Tactics is a must; most of the indoor combat encounters are a mixed bag of enemies and in close quarters, so unless you like wasting all your shotgun are machine gun ammo on troopers, enforcers, and commanders, be quick to switch back and forth between those and the shrinker.
The main theme of the map is exploring to find switches and key cards, and with the mix of indoor and outdoor areas, moving around the map is quite enjoyable. 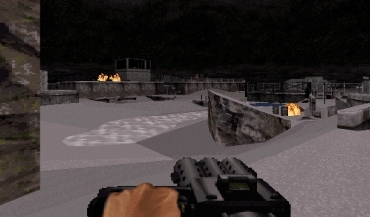 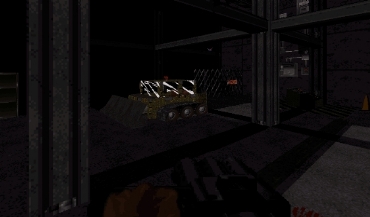 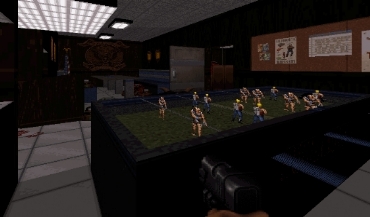 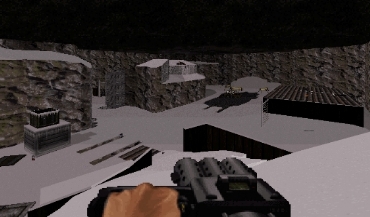 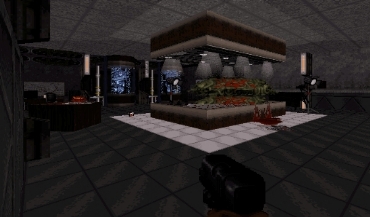 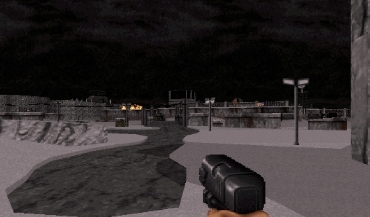