An industrial styled map.
The basic break down of the level is of three street areas, an factory type facility and a short subway line. The map has some good points and some bad as far as appearance.
Texturing and shading are well done, but detailing, trimwork, and architecture are pretty basic or lacking. It's decent enough to get by on with the few change-ups in environment and the explosion effects.
The layout is linear but there's a fair amount of vertical as well as horizontal navigation involved and several little side areas to poke around in to give it an open feeling. The only deviation from a smooth transition is the one teleporter pad to relocate out of one street section into the next. It just felt like a cheap way to do it in comparison with the rest of the level.

Game play is a key card hunt.
They're not difficult to find, but, as usual, are stashed in the back end of some building and the player has to fight their way through to fetch them. The first sections are decently balanced, but shortly after the red key the atomic health and ammunition available are way out of proportion to the enemies encountered. 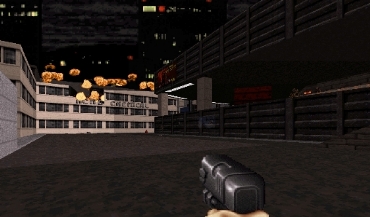 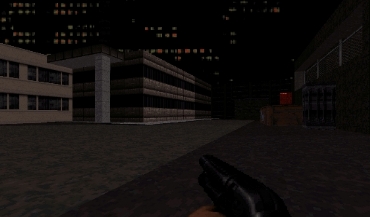 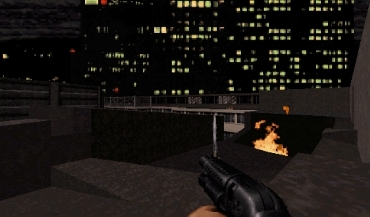 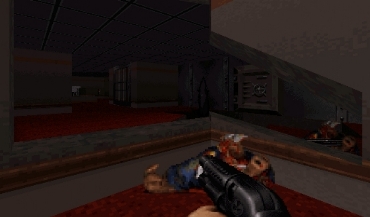 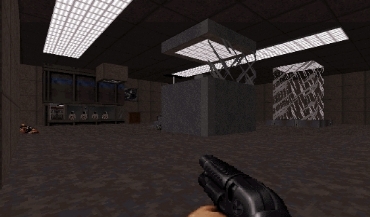 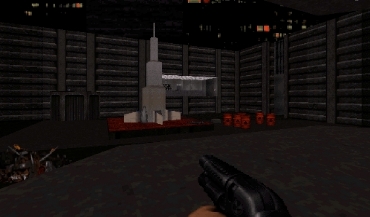