Infernal Foundry is ToiletDuck64's 2nd single player level, and while Chillin' was a lot more experimental and unorthodox, both in gameplay and design ideas, this one is back to the roots - an essentially Doom style level, with very restricted use of sector geometries and texturing.

Along with the flat lighting, the lack of details and the mentioned restricted use of textures is a concious decision to stylize the map for this Doom look, and I personally really liked how the sky and the reddish bridges turned out. However, in terms of progression and the level flow, this must have been by far one of the most confusing and obscure maps I have played.

There was no indication whatsoever as to what any of the switches did or how many are there to push, which given the labrenthine layout of the map, hardly indicated any sense of progression at all. I got to the exit - only to walk into an ambush (notably a really cool one, which would definitely work better in a bit different circumstances). After being faced with more monsters that I could handle and noticing that the cage protecting the final room will be closed if I escape it, with no way of going back - I just reloaded a save game and wandered around the map for like 15-20 minutes, killing some remaining monsters and thinking what I should do with the yellow card in my inventory. Only after trying out seemingly all possible ways, I have decided to have another go for the ambush, escaped and noticed that some random doors, spread around the map, which were previously closed - are now unlocked (again, with no indication). It still took a lot of walking around the map to find them back, not being sure what is going on at all. The least the Author could have done would be adding some different texture on these doors to indicate they will be open later (or a viewscreen).

The map's visual style and layout didn't help at all with these kind of gameplay progression, as basically everything looks very similar, there are no focal points (even the central lava bridges look all like eachother), so backtracking was quite tedious. There is a total of 16 secrets, some pretty clever, but a lot seem to be just random wall-humping or ones that would trap the player in a pitch-black loops.

The map offers some nice combat encounters (notably the one with a bunch of commanders in a dark stairway, with lots of lesser monsters inbetween - it was pretty cool seeing a barrage of RPG rockets flying one after another and there was just enough room to dodge them, but nothing to take cover). However, most of the map still feels a bit flat in terms of a challenging combat, even the Battlelords at the end - this is the same problem as with Chillin', so too many stayputs, which can be tricked quite easily into just trying to walk into invisible wall. I struggled for ammo quite a bit at the beginning (also the shotgun seemed to be located quite far into the map, same with chaingun) - but then I came to a series of secrets which proved to be vital.

From positives, the "classic" look of the level is a nice change of tone towards current user map trends. The layout felt very 3D, with lots of interconnections (which unfortunately only led to more and more confusion) and the final ambush was a really neat idea, but with no indication on what's going on it was quite a miss. I think a proper beta-testing by someone else besides the Author would help a lot and make this level much better without too much extra work. It is still a solid entry, just might require some more time than it might seem, which will be spent in rather tedious exploring and confusion. 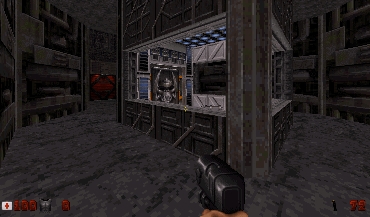 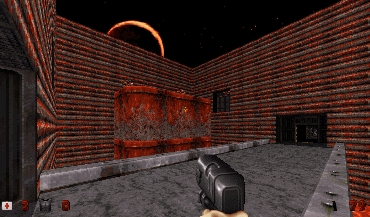 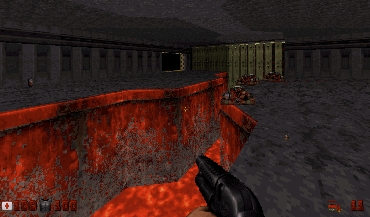 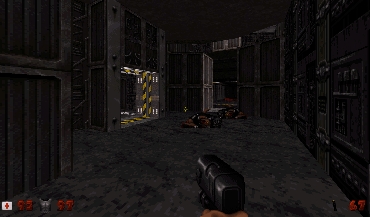 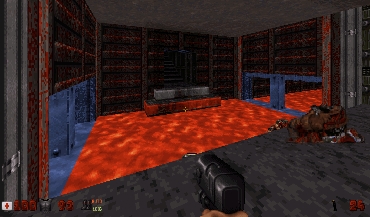 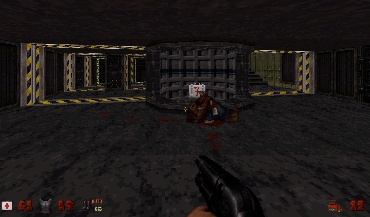