A city block map.
Other than good shading and some spritework in the indoor areas the level appears rather plain and unadorned.
The base architecture is decent enough, but the lack of wall trimming, especially in the outdoor section, gives an empty flat impression. Supposedly the central building is under siege and burning down. Other than a couple fire sprites adorning the exterior there appears to be no damage at all.
Overall the exterior ambiance is pretty static and underwhelming.
The layout is quite open and the player can pretty much go where they choose, but design choices can cause some confusion and frustration.

Game play is a key card hunt.
Problems pretty much start almost immediately. Weapons and ammunition are stashed in out of the way locations; if the player stays on the street they'll soon be out of bullets and running from the aliens that give chase while also trying to avoid all the sniper fire from the windows and ledges.
Surviving all that the player is presented their second challenge; what did this switch just do? There are view screens, but they show nothing helpful. If the effect activated isn't within the immediate vicinity of the button the player is left having to accidently stumble across what was done.
This also applies to the card locks. Way on the other side of the map a series of doors is unlocked. Not opened, just unlocked. It's not a door either, merely a section of unmarked wall.
Challenge three is the absolute worst; masked walls in random places that hide the keys.
Good luck with that. 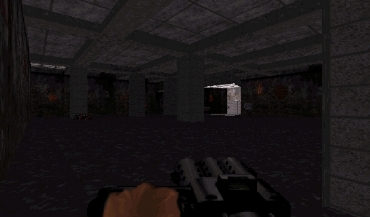 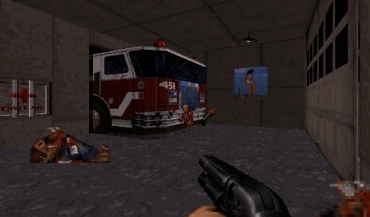 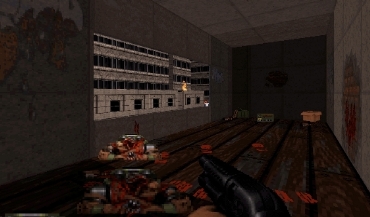 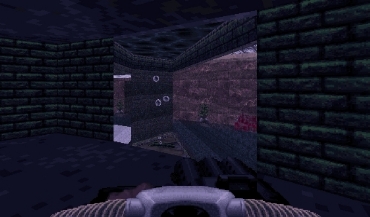 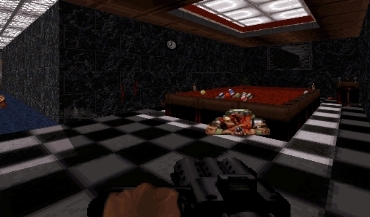