A medium to large sized city styled map with some industrial touch to it.
Wow! Enemies killed: 251...This is a very good map with lots of fun to be had.
The goal is more or less to unlock new areas as you find keycards and some switches along the way. You'll be taken through lots of locations such as: Night club (very well designed), streets, sewers, technical rooms, and a five floor room over room building!
Lighting / shading is top notch and so are the texturing. This map is actually made out of ver 1.3 textures only!
This map could easily have been released today and no one would have recognized it's age.
You'll be given heavier weapons as you proceed and health / ammo are spread out in a clever way.
As you proceed both monsters and supplies will get respawned all over the place.
So, prepare yourself for a walk in the park?.....Uhmmmm....not really! 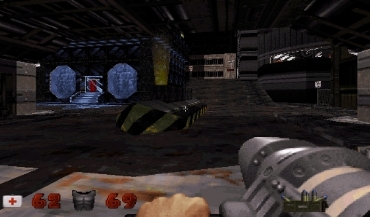 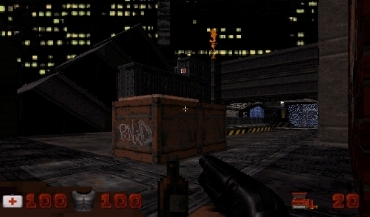 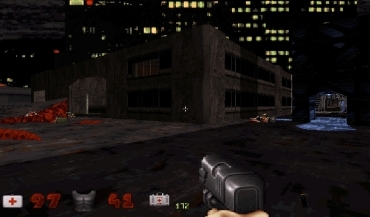 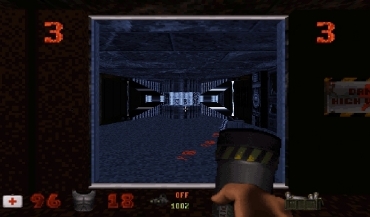 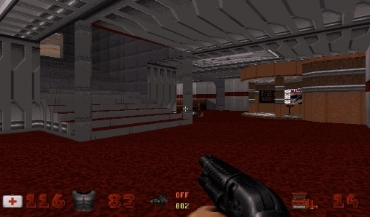 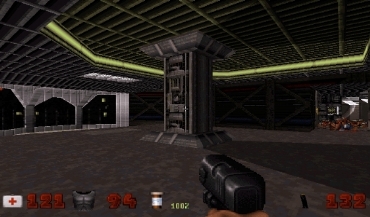